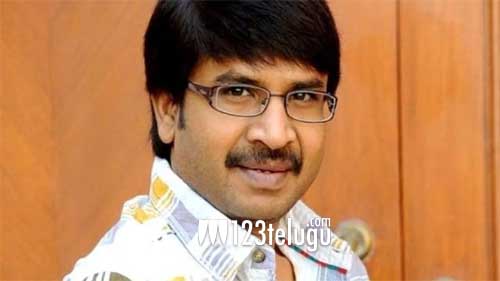 Continuing the lockdown interview series, today, we bring you an exclusive interview with the super talented, and senior comedian Srinivasa Reddy. In a detailed conversation, we spoke to him about his future plans, his failure as a director, production, take on new-age cinema and much more. Here is the transcript.

How are you dealing with the lockdown situation?
I was quite aware of this situation for a quite long time and was always fearing that the worst would happen and it did. I am completely in support of the lockdown as it will save our lives if we are at home.

What have you been doing at home? Have you learned anything new during this lockdown?
I used to be very busy previously but as I am home now, I do all the chores and help my wif as there is no maid at home. Also, I have a two-year-old daughter and am busy taking care and spending quality time with her. This keeps me busy most of the time. I stopped watching TV because of all the scary news about COVID 19.

What films are you doing as of now?
I am doing two films. One is with Kalyan Ram and the other is with Bellamkonda Sreenivas. I have solid roles in both the films and am looking forward to their releases.

What made you produce and direct a film in the first place?
I was supposed to do a film as a hero sometime back but that film did not start. As I had three months gap, I started writing for Bhagyanagara Veedullo Gamattu. As it was my baby project, I did not want any other director to call the shots and that I the reason, I took the decision of producing and directing it myself.

The film failed. How did you feel?
I felt disappointed a lot. As a producer, I lost a lot of money and got a bad name also in the industry. But some said that the film did not look like it was being directed by a newcomer which was a big compliment.

Have you lost out on offers as a comedian after turning a hero?
In a way, you can say yes. I am getting good films as a hero but the comedy roles have decreased a bit as there is a feeling in many that as I have turned hero, I won’t do these comic roles. Through this interview, I want to clarify that I am available for all roles.

Slapstick comedy is not working anymore as the sensibilities have changed. What’s your take?
I feel that comedy will never change and everything depends on the way the director narrates the scenes. We watch films to enjoy and maybe the style of comedy has changed but without comedy, you cannot survive for many days. All these new genres are seasonal but comedy is always permanent.

You are from a TV background. Now that it is booming, will you go back there?
What’s wrong with that. Things have changed a lot in the last few years and if I get good roles in TV and OTT platforms, I am game to do character roles and also turn host for TV shows.

You have been around for 20 years. How do you look at your career?
Time has flown so fastly and I am very content with my career. Initially, I have seen a lot of success and there are a few bad decisions as well. But you learn from all of that and move ahead.

Any comedian that has impressed you in recent times?
Satya is doing a brilliant job. Shakalaka Shankar is a superb talent but he is not using his potential completely. I am very much impressed with Suhaas, the young actor. He is pretty good.

Will you still try direction and production once again?
I still remember the words of Ramanaidu Garu. He told me once “Yekkada Sampadinchindi Akkade Pettali”. So, you never know what would happen in the future. As of now, I want to do good films and get my reputation back.

With that, we ended our interview and wished Srinivasa Reddy the best of luck in his career.