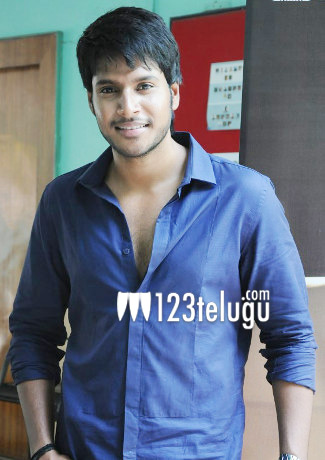 Sundeep Kishan has become one of the most promising actors in recent times. Film after film, he has reached a stage where most of the young heroes desired to be. High on the success of Venkatadri Express, Sundeep Kishan is back with a romantic entertainer in Ra Ra Krishnaiyya. We caught up with Sundeep, who was busy shuttling for his movie promotions for an exclusive interview. Let’s see what this soft spoken star has to say.

Q) With less than 24 hours for the release, are you feeling excited or nervous ?

I am both excited and nervous because I want to see how my film would be perceived by the audience. I am also tensed as this film is coming after Venkatadri Express, and will cement my place in the industry.

Q) Tell us some thing about the film and your role ?

This film is a complete love story with some mass entertainment interlaced. I play the role of a ‘Ramudu manchi Baaludu type’ who is often mistaken as mischievous, and as to what problems he gets into forms the rest of the story.

Q) Expectations are sky high after Venkatadri Express. Does that scare you ?

With the kind of product in hand, I am pretty confident that audience will be highly pleased, and come out of the theaters with a huge smile.

Q) How was it working with Jagapathi Babu. Tell us about his role ?

It was a dream come true, as I have grown up watching his films. He plays my brother in the film, and will entertain the audience to the core. I don’t want to divulge much, as his role is the surprise element to the film.

Q) You have been continuously working with new directors. Was that pre-planned ?

The scripts with which the new directors have approached me are very inspiring. For example, Mahesh Babu, our director of this film initially narrated me a different script. I did not like it, and asked him for something else. Then he went back, and worked hard and came up with Ra Ra Krishnaiyya. It is his baby, and I want this film to run for Mahesh more than for any one else.

Q) Your film has obtained an A certificate because of the lip lock. Don’t you think you could have gone without it for attracting more audience ?

The censor board gave us a choice of going with the U/A without the lip lock. But we went ahead with the scene, as it comes at a very important time in the film, and has some deep emotions connected with it.

Q) How was the whole scene canned, and weren’t you apprehensive doing it ?

This is where Regina comes into the picture. I have such a great bond with Regina, and we went ahead and did it as professionals. Initially we felt a bit awkward, but went with the emotion of the scene, which you will know once you watch the film.

Q) Speaking about Regina, you guys are in much news. Tell us something about her ?

Oh ! She is my closest friend, and I have known her for the past four years. I share such a good vibe with her, and that transforms on to the screen. She plays a slightly dominating role in the film, and has done exceptionally well.

Q) You were well noticed in Bollywood after Shor. Why didn’t you continue doing more films ?

Yes ! I got some decent feedback in Hindi, and will soon do a film there once again. Right now my whole concentration is on Tollywood.

Q) What happened to D K Bose. Why is there a delay in the release ?

Frankly speaking, I do not have a clue about its release, as it is stuck with some financial problems.

Q) Now that you are reached into a decent league of stars. Would you do a negative role like Pranthanam.

Firstly, stardom has not yet stuck me till date. I am the same old person who has simple needs and desires. Speaking of negative roles, I would surely do them as it was because of roles like Prasthanam I am here.

Q) Tell us about your future projects ?

I am currently shooting for the climax of Joru, and have three films lined up, which I will announce soon.

With that we rounded of the interview and wished Sundeep the best of luck for his film. Keep watching this space for the live updates, and complete movie review of Ra Ra Krishnaiyya.