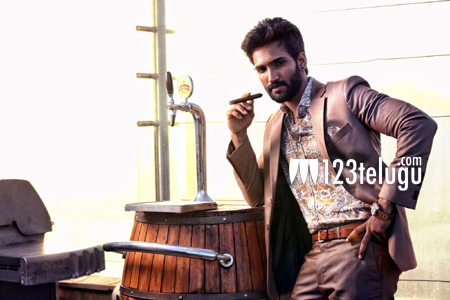 Young hero Aadi Pinisetty, impressed everyone with films like Vaishali and Gundello Godari. He is now ready to entertain with yet another different film Malupu, which is a Tamil Telugu bilingual. On this occasion, we caught up with him for a brief interview. Lets see what he has to say.

Q) What is Malupu all about?
It is a suspense thriller based on a real incident that was experienced by a group of 4 friends on the night of 31st December.

Q) What’s the major difference between the two versions?
Run time. Telugu version is of 2 hours long whereas the Tamil one is 2 and half hours long.

Q) Why has the movie’s release been postponed ?
We didn’t want to clash with the biggies. To ensure the film a comfortable run, we decided to release it in the month of January.

Q) What’s difference between Gundello Godari and Malupu ?
Both are of different genres and have no comparisons at all.

Q) Your brother is the director and your father is the producer. Has your father involved in direction ?
Not at all. My father has given a lot of freedom to my brother and supported him till the end.

Q) Why did you cast Mithun Chakraborty ?
The director wants a fresh face who can pull off the powerful role in the film. He performed very well.

Q) Why has the movie production been delayed so long?
As it is a bilingual we have shot the film in different locations. So there was a delay.

Q) Have you done anything different to suit your character?
I have reduced about 4 to 5 kilos of my weight to suit the role of a college student. I took utmost care about my style compared to my earlier ones.

Q) What is your role in Bunny’s Sarainodu film?
I am playing the bad guy.

Q) What are your future projects?
Right now, I am doing two projects in Tamil and the Telugu film Sarainodu.