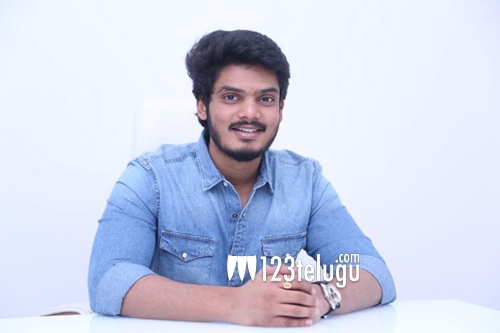 Chor Bazaar is a film that has created a decent buzz for itself. On this occasion, we caught up with hero Akash Puri for a detailed interview. Here is the transcript.

I was chilling in my native place when I got a call from director Jeevan Reddy. He narrated to me a line that I liked and asked for a detailed narration. During the narration, I loved the way he established my role which gave scope for me to perform. So, I said yes to the film.

I play a thief who robs tyres. His only aim is to win a spot in the Guinness World Records book. What did he do to achieve it and what problems he faced in this process is the whole story of the film.

Working with the likes of Archana?

She is a two-time national award winner and gave a superb performance. Initially, we were scared about whether she would do this film or not. But when she heard the story and her crazy character, Archana garu came on board and brought a lot of depth to the story.

He had made Dalam and George Reddy initially. So, when he wanted to do a commercial film, he chose me. I am indebted to him and loved working with him. With Chor Bazaar, he created a unique world and derived a superb character for me.

Your father Puri Jagan’s reaction to your work?

To date, he did not watch the film. He did not listen to the story also but when he saw the trailer, he loved the concept and appreciated the team. As he is very busy, I don’t disturb him much and take my own decisions these days.

I am learning with each passing film. As of now, my only aim is to score a hit film and prove myself as a hero. The more mistakes I make, they will teach me a lot to establish myself and work harder.

As of now, I have signed three films and they will be announced a few weeks from now on. For now, I am eagerly awaiting the release of Chor Bazaar.