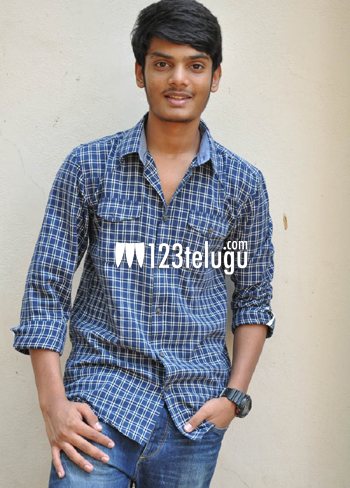 It is a known fact that Puri Akash, son of ace director Puri Jagan is making his debut with the film Andhra Pori. On the eve of the film’s release, we caught up with him for a brief interview. Let’s see what he has to say.

Q) How nervous are you about your debut film ?

I am very excited about my debut film and am eager to see how the audience will react to my performance.

Q) What made you decide to become a hero in such a young age ?

I had very clear plans and wanted to enter films only after six years from now. But when the director Raj Mudiraju approached me for this project and told me that I was the only choice for this role, I couldn’t say no to him.

Q) What was your dad’s reaction when you told him about this offer.

He was quite supportive and told me to go ahead with the project which would be a learning curve for me in the future.

Q) Did your father watch the film. How has the film turned out ?

The film has come out quite well and will connect with every section of the audience. My dad is yet to watch the film as he is quite busy.

I play the role of Nizamabad Narsingh who is hyperactive in nature. It was quite a challenge to portray the character as it was completely opposite to my real life nature. My director Raj helped me out completely and extracted good performance from me.

Q) How was it working with Ulka Gupta ?

I had a wonderful time working with her. Even though she is not from here, she learnt the language well and gave a splendid performance.

Q) What are the major highlights of Andhra Pori ?

The major highlight of the film is the innocence which is there throughout the first half. My character will be quite entertaining and will connect to each and every section of the audience.

Q) What are your future plans ?

I have some plans of doing an acting course in New York, and work on other aspects which will be helpful for my film career.