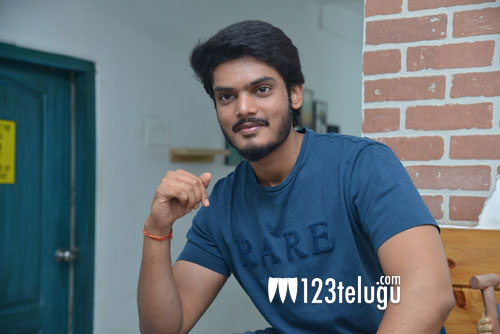 Romantic is up for a release this Friday and on this occasion, we caught up with Akash Puri for a detailed interview. Here is the transcript.

What made you turn so emotional at the pre-release event?

So much was being said about my career. Also, my dad was being taunted for handling my career. All this was burning inside me and that is the reason I spoke angrily. Even now, I want to say that I will make it big one day and make my dad proud.

How did this film materialize?

My director Anil Paduri was working in the CG department with my dad and has been his close friend. Once dad wrote this story, he decided that Anil should direct this film. Even I was shocked but once I met Anil with the story, I felt happy.

The film was delayed for over two years. How difficult was this phase?

It was so frustrating for me. I went through a lot and was just praying that the film should not go to OTT. My career is at stake with this film and the delay gave me sleepless nights.

I am playing a role called Vasco who is into full-time crimes in Goa. He is very clear about what he wants and the way his graph changes, once he falls in love, is the story.

Anil has done a superb job with the film. I never felt like I was working with a new director. He has worked hard on the film and will go a long way in his career. I feel he can handle any big project now.

Working with the likes of Ramya Krishna?

It was the most difficult part. I forgot my dialogues so many times but Ramya Krishna Garu never got upset and supported me big time. All my scenes with her are super special.

About Prabhas promoting the film?

I owe a lot to Prabhas garu. He was the one who called us and asked for help. In fact, he called us to Mumbai and gave us an entire day for promotions which I cannot forget in my life.

Your dad’s reaction after watching the film?

He loved my work and encouraged me big time. He also loved the way I spoke at the audio launch. My dad has done so much for us and now it is payback time.