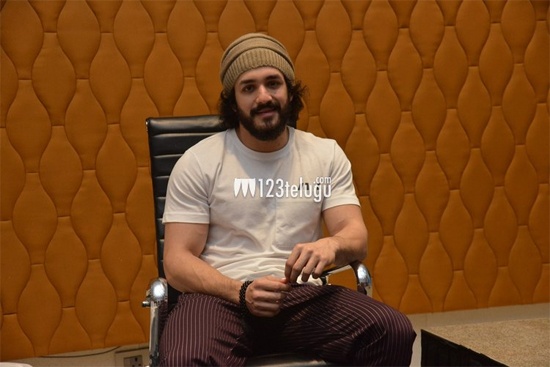 Most Eligible Bachelor is up for a release tomorrow. On this occasion, we caught up with Akhil for a brief interview. Here is the transcript.

Your reaction after hearing the story?

Bommarillu Bhaskar came to me with this film. He did not narrate the script but showed solutions to problems that occur in a relationship and in marriage. I liked them and said yes to the film.

What was your dad’s reaction after watching the film?

Prior to the shoot, he had doubts. Once he watched the film, he liked it and also suggested some edits here and there. But overall he loved the film and blessed us.

I play a young man called Harsha in the film. The movie is all about his journey and how he takes mature decisions while finding his soul mate is my character.

Why did you okay Bommarillu Bhaskar who is in flops?

When I was sent to meet the director, I did not know that it was Bhaskar. But when I heard the entire story, I got so much confidence and said yes to Bhaskar.

Working with the likes of Pooja Hegde?

She is the main asset of MEB. Everyone sees her as a glam star but the way she works on her roles is something. Only after seeing her work, I understood how hard is it to be on the top spot in her career.

Tell us about your next film Agent?

Agent is one film which I am looking forward to eagerly. The film is busy with its shoot and this movie will be ultra-stylish and a never-before experience for the Telugu audiences.