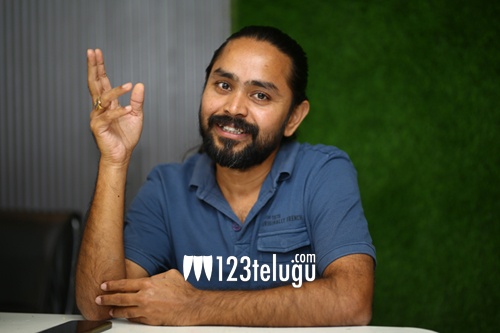 Krishna Vrindha Vihari starring the young and talented actor Naga Shaurya is up for a big release this 23rd of September. Shirley Setia played the female lead and it is directed by Aneesh Krishna. Ira creations banner produced the film. Ahead of the film’s release, we interacted with the director. Here is the transcript.

The trailer has shades of other films. What’s new about this film?

This story is based on the life story of my dear one. I wrote this in 2016. The film will be thoroughly entertaining and the story is driven from this engrossing angle. The basic line itself has so much fun.

What freshness did you bring into the Brahmin character role played by the hero here?

I watched Nani’s Ante Sundaraniki recently. Also, the Brahmin character was played earlier by NTR, Allu Arjun, and Kamal Haasan. Everyone has their unique style. Naga Shaurya has innocence and cuteness in him. I felt Shaurya would be apt for the role and went ahead with him.

Who proposed this Paadha Yatra idea for promoting the film?

It was the idea of Naga Shaurya. He is so sure of the movie’s result that he decided to take it deep into the audience. That’s why he came up with the idea of Paadha Yatra and the buzz has grown tremendously due to it.

What about the music department?

The music is given by Mahati Swara Sagar. He gave wonderful music and the songs are getting a fantastic response. The RR by Mahati is stupendous. Naga Shaurya and I watched the film about 20-25 times and we aren’t getting bored.

Whose idea was it to take a new actress?

The female character would be from North India and has settled in Hyderabad. Her character needs to be urbanized and should be advanced. Though she looks jovial outside she will be going through something inside. Hence we opted for Shirley Setia.

Are you feeling tense since the circumstances have changed now?

Actually, we were tensed initially. After watching the output we are somewhat relieved. Few outsiders saw the movie and they gave a positive reaction. The censor members also appreciated and said that they enjoyed the movie.

What are your future projects?

I am developing a script on a dark-humor subject. I wanted to make a film in the style of Godfather and Dalapathi. I am yet to decide on the actors for it.