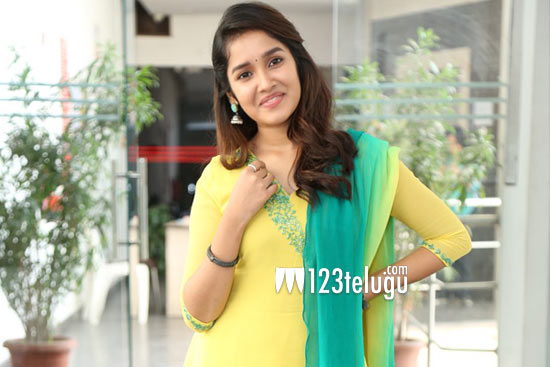 Actress Anikha Surendran was last seen in the Telugu movie, The Ghost. Now, her first Telugu movie as a heroine is up for a grand release in theaters on January 26, 2023. On this occasion, we met with the actress for a brief interview. Here is the transcript.

How did you become a part of Butta Bomma?

I was approached by the makers the immediate day I watched the Kappela. I agreed to be a part of the remake as I felt that I had to do this role because the character has a lot of scope to perform, especially in the emotional scenes.

How did you improvise the character?

My character’s name in Butta Bomma is Satya. Director Ramesh sir told me just to perform naturally and I tried to give my best. Once the movie is out, you will see the difference in my character compared to that of Anna Ben in Kappela.

Since I have been working in the film industry for such a long time, I think acting-wise I didn’t find any differences. In the initial days, movie shootings were just like vacations for me and it is different now. Being a heroine now, I need to look at the BTS videos, and various aspects related to the film. That’s the only difference I found in more than a decade of my acting journey. I got wonderful opportunities to work with major actors in the industry in different languages and I am proud of it.

I really enjoyed working with both actors. Arjun Das is also new to the Telugu industry. He is a sweet person and we both worked out together regarding the dialogues and other elements related to Butta Bomma. Coming to Surya sir, he was so patient and supported me a lot during the shoots.

How different Butta Bomma is from Kappela?

The core point of the movie is unchanged but director Ramesh sir made some changes according to the Telugu nativity. You will see the difference when the movie is released. The making is very different and we made it more vibrant and colourful. The screenplay is also slightly different.

Tell us about director Ramesh

I learnt a lot of things from Ramesh sir. He is very particular about what he wants. He took care of each and every minute thing regarding my body language in the movie and thus, he made my work easy.

I have a Malayalam movie Oh My Darling which is likely to release next month. I am also working on a Tamil project, which has Hiphop Adhi as the lead. Besides, I heard a lot of Telugu stories while Butta Bomma was on the sets. If I really like a good story I will do it for sure and I love to do female-centric films.