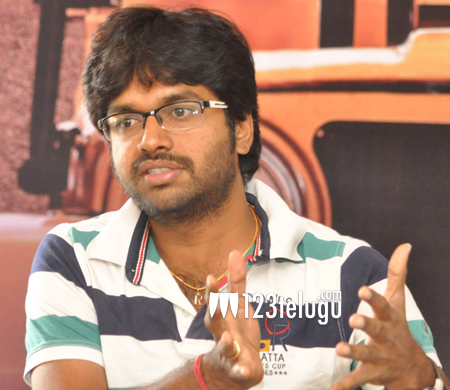 Kalyan Ram’s Patas has been creating quite a buzz from some time now. This action entertainer is directed by Anil Ravipudi, and we met him for a brief interview on the eve of the film’s release. Let’s see what he has to say.

I narrated this script to Kalyan Ram some time back.. He liked the story so much that he wanted to produce this film with a big hero. But when I told him that this script was specially designed for him, he went ahead with the idea and that is how the film happened.

Q)How was it working with Kalyan Ram ?

I cannot forget the support that he has shown towards me. Right from the day one, he completely believed in me and my script. You will see a new and energetic Kalyan Ram in Patas.

Q)What is Patas all about ?

Our story is about how a criminal minded police turns into a loyal cop. Kalyan Ram’s characterization will be quite entertaining and all the scenes between him and the villain will be a major highlight.

Q)There have been many films made on cops, How different is Patas ?

The way we have dealt with the story is quite new, and I hope that our film will be liked by one and all. The second half has many interesting episodes which are told in quite an entertaining way.

Many NTR songs have been remixed in the past. Since our story had a police backdrop, we thought it would be apt if we remix Balakrishna’s song from one of his cop flicks.

Q)What are the highlights of Patas ?

Kalyan Ram’s character, Sai Kumar and M S Narayana’s performance and some comedy episodes in the second half are basic highlights of the film.