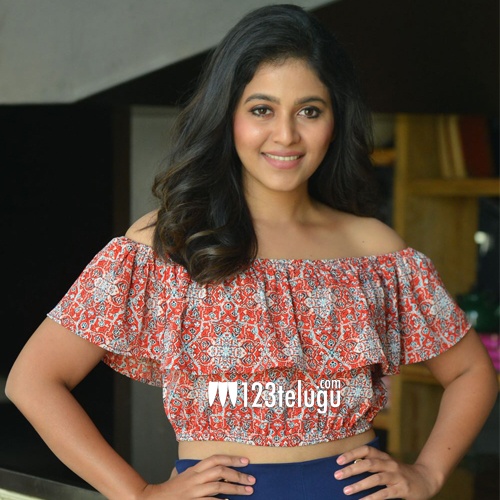 Anjali is doing a key role in Pawan Kalyan’s Vakeel Saab. On the eve of the film’s release, we caught up with her for a detailed interview.

Venu Sriram approached me and narrated the script. I loved my role and moreover, being a Pawan Kalyan film, I said okay to the project and jumped in happiness.

I was quite tensed on the first two days of the shoot. The moment Pawan sir landed on the sets, everyone used to become silent. I also had inhibitions as to what would sir think if I ask for a retake. But after interacting with him, he made me feel so comfortable.

Working with Nivetha and Ananya?

This film is mainly based on the chemistry between the three lady characters. The emotions are quite strong and our friendship has to come out on screen. Luckily, we bonded from day one. As everyone’s role was crystal clear, we did not have any issues at all. Now, we are close friends.

How is Pawan Kalyan on the sets?

He is one of the most silent people on the sets. He does not talk much and respects everyone on the sets. When he is not shooting, he is either reading his books or resting. It took me close to 15 days to interact with him. I was so scared to approach him but when I interacted, he was so good to me.

How emotionally challenging was your role?

It was tough to do my role. There is a shot in the trailer where I break down. That was the most difficult scene in the film. I went through a lot of stress and remembered every girl who is going through such harassment in life. I am sad that such bad things happen to girls in our country and our Pink is the right answer to such incidents.

After a very emotional shot in the film, I still remember Pawan Kalyan garu clapped and wished me for the way I performed. That was the best moment for me during the shoot.

I have signed up for a few films in Telugu that I will announce soon. In Tamil too, I have two films lined up.