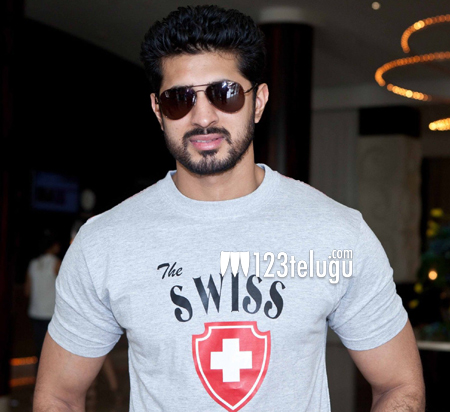 Young hero Aravind Krishna, made his debut with ‘It’s My Love Story’. He gained good recognition for doing films in different genres. ‘Adavi Kachina Vennela’ is his recent film, which is directed by Akki Vishwanath Reddy. On the eve of the film’s release, we caught up with Aravind for a detailed interview. Let’s see what he has to say..

A) We are introducing a new genre with Adavi Kachina Vennela. It is a concept based film with a lot of thrilling elements.

Q) Tell us something about your role in this film?

A) I am doing the role of a of rural guy, who has an unusual power of detecting metals due to high level electromagnetic waves in his body.

Q) This seems to be a complicated subject. Will common audience understand this concept ?

A) Even though, this is a complex subject, we made this film in such a way that audience will never get confused.

Q) What was your feeling when director explained you the story?

A) Director Akki Vishwanath is a soft and cool person who has clear vision about his thoughts. I said no to this film when I heard the story, but after he explained me the concept, and convinced that new heroes like me can only do these roles, I said yes.

Q) This is Vishanath’s debut film. How well has he made this film ?

A) As I am not a star hero, it is always risk doing film with a debut director. Even though the film came out little different than what he explained, the concept and cinematic values are the same.

A) Film’s concept itself is the major highlight of the film. My characterization, and 26 minutes of CG episode will be another highlight.

Q) Tell us something about Meenakshi Dixit’s role in the film?

A) Meenakshi Dixit plays the role of a shooter who aims for Olympic medal. She has performed extremely well, and will get good recognition with this film.

Q) What is the fate of your movie Saradhi. What are your future projects?

A) As few scenes of Saradhi did not come out well, we are re shooting them. After this, I am doing ‘Mana Kurrallu’, which is slated to release by the end of August. I am also working for a bilingual film titled ‘Yavvanam Oka Fantasy’.

A) This is a new kind of genre in Tollywood, and everyone will surely associate with its content. A new super hero will be born after this movie.

Q) Can you elaborate on this more ?

A) This film will soon have a sequel, and how a metal detector specialist turns into a superhero, will be revealed in the second part.