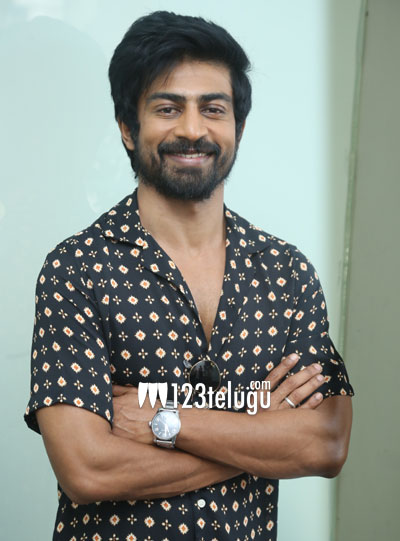 A small film named Butta Bomma, starring Anikha Surendran, Surya Vashistta, and Arjun Das in key roles, is up for a grand release on Republic day. The movie is the official remake of the Malayalam hit film Kappela. Shourie Chandrasekhar T Ramesh is making his debut as director. Naga Vamsi and Sai Soujanya are producing the movie under Sithara Entertainments and Fortune Four Cinemas. Gopi Sundar is composing the tunes. Ahead of the release, we interacted with hero Arjun Das and here is the transcript.

Can you say a few words about your film journey?

It’s been an incredible journey in the film industry for more than ten years. I am very grateful to Lokesh Kanagaraj sir, because of whom I believe I am here now. I am very happy to be part of Vijay sir’s Master. I am thankful to Vamsi Garu for this opportunity. I am hoping the Telugu audience will like me in Butta Bomma.

Can you tell a few words about Butta Bomma?

As you all know, it is the remake of the Malayalam film Kappela, but I won’t be telling you which character I am playing. My character’s name is RK. That’s all I can say about the film as of now. If I reveal anything further, the audience will lose the thrill.

Which aspect attracted you to act in this film?

Producer Vamsi Garu wanted me to be part of the film at any cost. Ramesh ji, the director, came to Chennai and gave me the narration. There are a few changes that have been made. Very rarely do opportunities come from the big production house, and I am also in talks to do another film.

Why are you more fond of negative roles?

You need to put this question to the directors. If it is Lokesh, sir, I won’t ask many questions. Even if he asks me to stand in a corner, I will do that. I will be part of Lokesh’s sir movies if they are small roles. But from now on, I won’t be doing negative roles.

Are you dubbing for your role in Butta Bomma?

Vamsi Garu was very particular about my dubbing for the film. The audiences have given a lot of love to the dubbed versions of Khaidi and Master. This dubbing is my first step as a token of return love to the Telugu audience.

How was your working experience with the team?

Do you think your voice will limit your chances?
To be honest, people might feel I can only do angry young man roles. However, when the audience sees an actor in repetitive roles, they will form a perception. I am also trying to do soft roles, and I hope to do different films in the future.