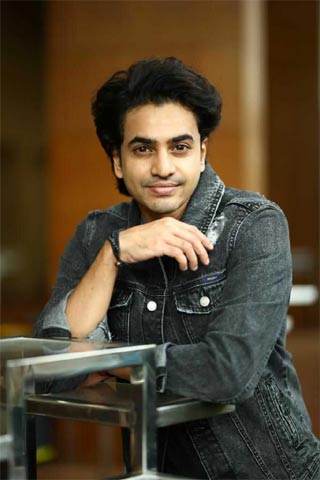 Hero marks the debut of Mahesh Babu’s nephew in films. The film is ready for a release and on this occasion, we caught up with the hero, Ashok Galla for a detailed interview. Here is the transcript.

Your family’s reaction to you entering films?

As my family in into films, I also had the desire to become a hero. But my family had mixed reactions to learning that I wanted to be an actor. Slowly, they understood and allowed me to pursue my dream

Tell us about your preparations to become an actor?

I went to Singapore and attended acting classes there. I also learned dance, horse riding, and the regular stuff to become an actor.

Tell us about your role in Hero?

I play a middle-class guy who wants to become a film hero. He is loud, over the top, and on your face. But things change for him with a big incident and to know that we have to wait and watch the film.

Working with Sriram Aditya, the director?

He has a different style of making films. His screenplay style is different and he is my first Guru in films. We interacted a lot and Sri encouraged me to go all out in my debut film.

Working with the likes of Nidhi Agerwal?

She is an experienced actor and supported me a lot throughout the making. If everyone is liking our chemistry it is only because of Nidhi’s comfort levels which she created on sets.

About your rapport with uncle Mahesh Babu?

I am close to him and he is a very genuine guy who gives a frank opinion on anything. He has got a sharp mind and is a person of high caliber.

I am completely blank as of now. My dad(Jayadev Galla) started this banner only to launch me. I am eagerly waiting to see the reaction of the audience and will then plan my future projects.