Interview: Ashwin- I should thank Sai Korrapati for his immense support
Published on Dec 18, 2015 3:00 pm IST 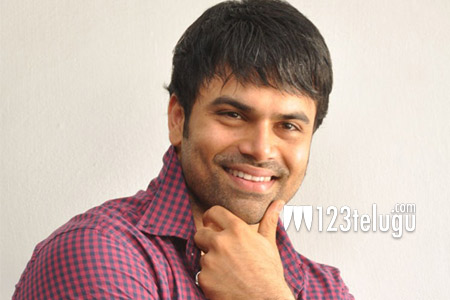 Young hero Ashwin, made a decent debut with Raju Gari Gadhi. He is now back with a light hearted comedy Jatha Kalise. On the eve of the film’s release, we caught up with him for a brief chit chat. Here is the transcript.

It has changed for good. I received good feedback for my character and I should tank the audience and press for promoting and appreciating the film so well. The film’s success also gave me huge confidence to do more film’s as an actor.

Our film is a light hearted road journey movie featuring me and Tejaswi. The film has come out really well and it has also a few seasoned comedians who will entertain you big time.

I play a foreign returned guy called Rishi who is quite level headed.

Q)What sort of connection Sai Korrapti has with this movie ?

Firstly, I need to thank Sai garu for distributing Raju Gari Gadhi. It is because of his name that the film got such huge exposure. After watching this film, he decided to associate with us yet again and has been promoting Jatha Kalise to the best of his capabilities.

Q)Tell us about your director Rakesh Shashi ?

Rakesh was one of the associate directors of Raju Garu Gadhi. He came up with this interesting line of a road journey and has directed the film in a superb way.

Q)What role did your brother Omkar play in this project ?

He was the first one to okay this project. He suggested that this story will suit me nicely and I went ahead and signed the film. He has been involved in many stages of the production and I will be grateful to him all my life for supporting me big time.