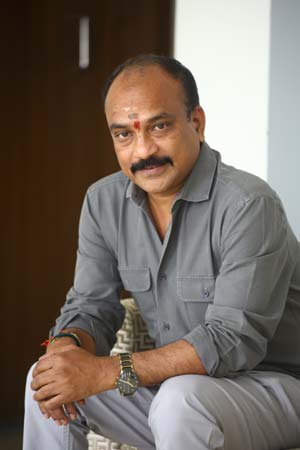 A youthful entertainer titled Nachindi Girl Friendu, starring Uday Shankar and Jenifer in lead roles, is up for release tomorrow. Guru Pawan is directing this film, and Atluri Narayan Rao is producing it under the Sriram Movies banner. Gifton Elias is composing the music. Ahead of the film’s release, we interacted with the film producer Atluri Narayan Rao Garu, about the movie. Here is the transcript.

How did you enter the film industry?

Hero Nara Rohit is a good friend of mine. When I told him about my desire to enter the film industry, he advised me to enter the distribution segment to learn more about the film business. So I have distributed Nara Rohith’s Savithri film in a few areas. Then I produced Sree Vishnu’s Needhi Naadhi Oke Katha, which not only attained commercial success but also received rave reviews from critics.

Uday Shankar’s father, Sriram Garu, was our teacher. When I watched his Aatagadhara Shiva, Mismatch, and Kshana Kshanam, I felt him good at thrilling and humorous elements. I wasn’t completely satisfied after listening to the scripts of a few writers and directors in Chennai. Guru Pawan narrated this story to Uday, and I was also pretty impressed with it. Hence we went ahead with the film.

What’s more special about the film?

Uday does comedy well, so we added comedy and romance elements to this thriller. Generally, filmmakers project love stories as a hero going after the heroine recklessly and without any responsibility. This film won’t be on those lines, and it shows that our youth has goals, obligations, and passion for the country. That’s our specialty.

How was the working experience with the entire team?

Uday did well in the role of Rajaram. The female lead’s character would also be good. Madhunandhan did the friend role. The film will majorly revolve around these three characters. This isn’t a road journey movie. Only there will be a few scenes in this regard. We didn’t have any issues during the making. We are distributing the movie on our own. Director Guru Pawan directed the film the way he narrated. He completed the schedules as planned. We worked well as a team. Nachindi Girl Friendu came out very well, and I hope the film does well too.