Interview : Audience will remember me as Seetha for a long time – Karunya Chowdary
Published on Dec 6, 2017 4:04 pm IST 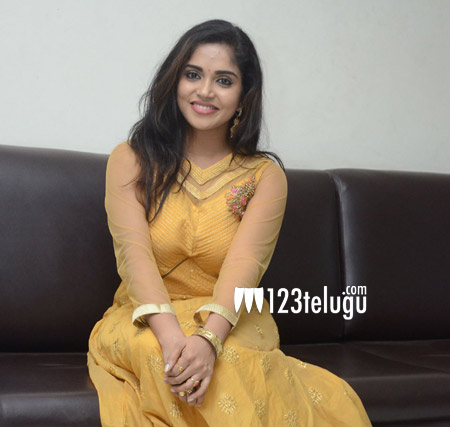 Seetha Ramuni Kosam is one film which has caught the audience’s attention with its teaser and trailer. With all the positive buzz surrounding, the film is scheduled for a December 15th release. On this occasion, we caught up with the film’s heroine Karunya Chowdary for a brief interview. Here is the transcript.

A) My native is Kakinada. I did four films to date, but haven’t got good recognition for them. I’m expecting a good break with this film and I hope the audience will love me in the film.

A) I’m playing Seetha in the film. My director has designed my role in a unique manner. It will remind you of the typical Bapu heroine. I’m sure that audience will remember me as Seetha for a long time.

Q) What is the film’s genre?

A) In one word, our film is an emotional family thriller. The way the story is narrated will definitely impress the family audience.

Q) Tell us about your director Anil Gopireddy?

A) He is a very cool and comfortable director to work with. He used to give us a lot of freedom on the sets. The entire journey with him has been a very good experience.

Q) Working experience with your hero?

A) Actually, it is Sharath’s debut film. But he never had that nervousness on his face while acting. He is a very focused and dedicated actor.

A) As of now, I’m waiting for this film’s verdict. I will think about my next once this movie releases.