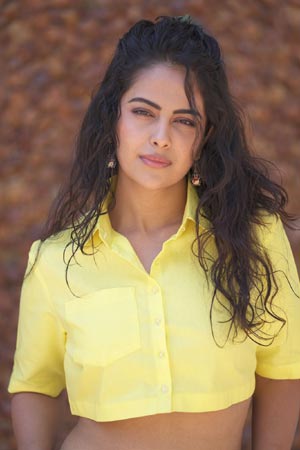 Sriram and Avika Gor starrer 10th Class Diaries is up for a grand release in theaters on July 1, 2022. On this occasion, we met with the actress for a brief interview. Here is the transcript.

Tell us about 10th Class Diaries?

10th Class Diaries is a sweet movie. The film is like a reunion of 10th-classmates. Apart from the reunion, the movie has a strong emotion that was not shown in the songs and trailer. Besides, it also has a little bit of drama, flashback and comedy. I am sure that people will love the movie for sure and director Anji made the movie very well.

Does your character have dual shades?

I don’t know. You need to know about it in the main film. I am playing Chandini in this movie, The entire film revolves around my character and it has suspense. Where is she? what is she doing? Is she alive or not? This suspense will be revealed on the big screen.

He is an amazing actor. Though I have not seen many scenes with him on screen, I have learned so many things from him while shooting. He has shared many of his past shooting experiences. And, I have many scenes with Nassar garu. He will be seen as my father in this movie. He has vast knowledge about cinema.

Why did you take so much time to act in Telugu films?

To be frank, I am busy doing so many Hindi serials and that’s why I didn’t do any Telugu movies for the past few years. There is nothing more than that and the issue of the dates is another reason for not doing any Telugu movie.

Tell us about music?

Songs play a crucial role in the success of a film as they add value to the movie. Suresh Bobbili composed wonderful tunes and the songs have already been liked by audiences. My North Indian friends said that the songs are really heart-touching.

Few words about the director Anji?

Director Anji knows what he wants from the actors and he is a director with so much clarity on what he is taking and how actors are performing. Being a cinematographer, he also knows how to show a particular scene. He is very friendly on sets.

Tell us about producers?

Achut Ramarao, Raviteja Manyam and Ajay Mysore are very nice people. I felt very comfortable working with them. They have never compromised to spend money on this movie. The entire shoot happened in various locations like Srilanka, Rajahmundry, and others.

I will be seen next in Thank You movie. It’s a lovely character. I have another Telugu movie in the pipeline and I will announce the project details on my birthday (June 30). Let’s wait and watch.