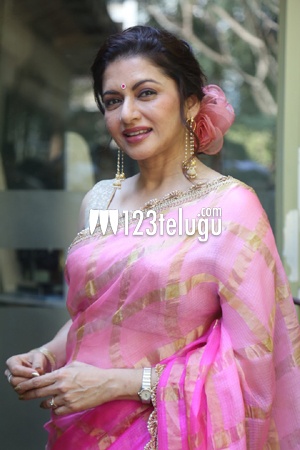 Radhe Shyam is up for a release on the 11th and on this occasion, we caught up with actress Bhagyashree who plays Prabhas’ mom in the film. Here is the transcript.

Your reaction when you were approached for this film?

I was so thrilled when the call to do this film came. When I knew I would be playing Prabhas’ conversation, I was a bit tense but when I heard the story, then I believed I could play the role.

I play Prabhas’s mother who is also a dancer. The way Prabhas behaves and thinks in life is more due to his mother and the story he shares with her. What is that, one should watch the film to understand. Even though I look young for my part, the story is set in such a way that a lean mom like was needed.

Working with the likes of Prabhas?

Prabhas is my darling as well now. He is such a humble and down to earth person in real life as well. He took good care of me and was so supportive. Prabhas is a big star but with a bigger heart. He is a family man and I totally adore him now.

Working with Radha Krishna the director?

He was the one who chose me for this part. He wanted a mother who would look beautiful in every frame. Lots of detailing went into designing my costumes. The hair styling was different in every frame.

What made you do such limited work in films?

I gave primacy to my family. Now that my children are well-versed and ready to do whatever they want, I have got time. They asked me to do whatever I want to do. So, I am doing quality work.

I have full freedom to do more films in the future. I am also getting good offers on OTT and have been selective. I am waiting for Radhe Shyam to release as it will open new avenues for me in my career.