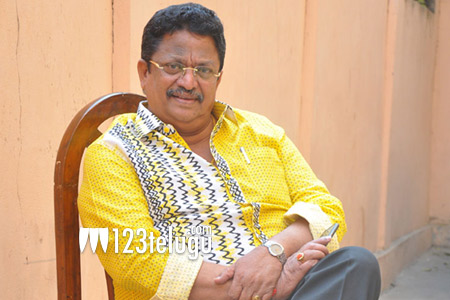 Nandamuri Balakrishna’s forthcoming action entertainer, Jai Simha, is scheduled for a January 12th release. On this occasion, we had a brief chit-chat with the film’s producer C.Kalyan. Here is the transcript.

Q) Tell us about Jai Simha?

The film has come out very well and we are done with all the pre-release activities. By today evening will get censor clearance also.

Q) Tell us about your hero Balakrishna?

I whole heartedly thank my hero Balayya for his unconditional support. It’s only because of him we were able to finish the film on time.

Q) Apart from NBK, Who are the important characters in the film?

Along with Balayya, Nayantara and Prakash Raj have essayed crucial roles in the film. They both will get good appreciation post the film’s release.

Q) Tell us about Balakrishna-Nayantara combination?

This combination had already delivered two hits in the past. Though Nayantara is busy with her pre-committed projects, after listening to script, she immediately adjusted her dates for our film. I’m sure that the audience will love Balayya and Nayantara’s track immensely.

He worked very hard for the film and delivered the best output. He will once again prove himself with our film.

A long episode which we shot in Kumbakonam will be one of the highlights of the film. Apart from that flashback, climax sequence will be very emotional and heart touching.

Currently, Sai Dharma Tej and VV Vinayak’s Intelligent is on sets.We are planning to release the film on February 9th. Apart from that, I’m producing Rana’s periodic drama 1945 in Telugu.