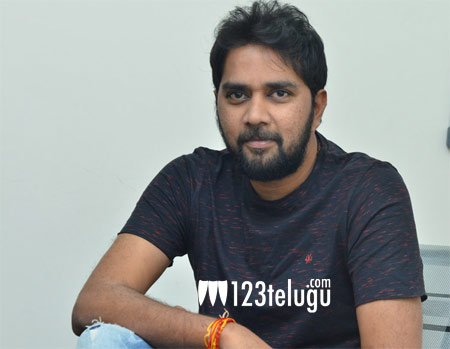 Akkineni Naga Chaitanya’s forthcoming intense thriller, Savyasachi, is gearing up for a November 2nd release. On this occasion, we had a brief interview with the film’s director Chandoo Mondeti. Here is the transcript.

Q) How did you get this film’s idea?

A) A few years ago, I read an article related to Vanishing Twin Syndrome. I felt it was quite interesting and then got the idea to make it into a film. I shared my thoughts with our hero and producers and they were excited about it. After preparing a full-fledged script, we kick-started the project.

Q) In the trailer, we can see a few shades of Nagarjuna’s Hello Brother? Will both the films have any similarities?

A) No. This is entirely a new concept. Due to a few fun shots showcased in the trailer, you may get that feeling, but our film has no similarities with Hello Brother.

Q) A few words about the film’s title and its justification?

A) In the initial stage of the script itself, I fixed Savyasachi as the film’s title. I felt that its the apt title for this script which showcases the equal importance of both the hands of the hero.

A) Yes, Madhavan sir is a pan-Indian actor. He has worked with legendary directors like Mani Ratnam and Raj Kumar Hirani. If we notice his career till date, he is very choosy about the films he does. So initially I was a bit nervous while narrating the script, but after listening to forty-five minutes of narration, he got excited and immediately said ‘okay’ to the film.

Q) Tell us about the superhit Lagayathu song remix?

A) It was totally my idea to remix the song in our film. After an entertaining first half, the second half of our film runs on a senior note. I felt that audiences and fans should feel relaxing for a while. So we placed the song in such a way that it doesn’t disturb the film’s flow.

A) As of now, I’m waiting for Savyasachi’s release. I shall work on the next script after wrapping up this film’s promotions.

Q) Finally, Are you nervous about the film’s release?

A) Yes. I’m a bit nervous, but at the same time, I’m quite excited to see audience’s response.