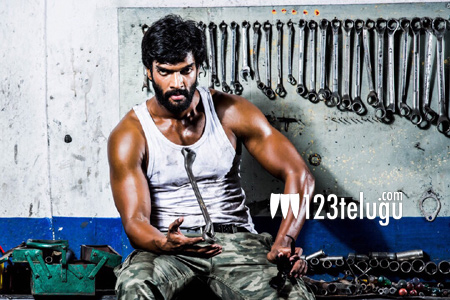 Charandeep, who shot to fame with Pataas, has surprised everyone in Varun Tej’s Loafer. His character has got huge accolades from all over and on this occasion, we caught him up for a brief interview. Let’s see what he has to say.

Q) Tell us about your successful journey in 2015?

For me, it’s been a fantastic year which started with the stupendous success of Pataas and ended up with Loafer.

Q) How did you bag Loafer?

It was my dream to work with Puri Jagannath. I was auditioned for a role in Golimar but was not finalized. Since then, I worked really hard to get a chance in his direction. After seeing some of my performances, Puri sir gave me this offer.

Q) How was it working with Puri Jagan ?

I changed a lot and become his follower after working with him. He is a man of intense knowledge and cinema is just a part of it. I have never seen anyone who can understand the society like him.

Q) What was the reaction of your parents about your role in Loafer?

They were scared to see me in such a dreadful role especially when I was killing my on screen mother. After seeing their reaction, I got a lot of confidence about my performance.

Q) How was it working with Varun Tej?

Varun is a down to earth person and a fantastic actor. I was very happy when everyone in the sets called me as a perfect counter part to him.

Q) Are you acting in Bahubali-2?

Yes, of course. I will be seen as Kalakeya’s brother. My schedule will be start in March. I am very excited to work with Rajamouli and eagerly awaiting his call.

Q) Do you want to continue as a villain?

Kota Srinivas Rao garu is my favorite actor. Like him, I want to play a villain as well as charter artist. Irrespective of languages, I want to act in every film that comes in my way.