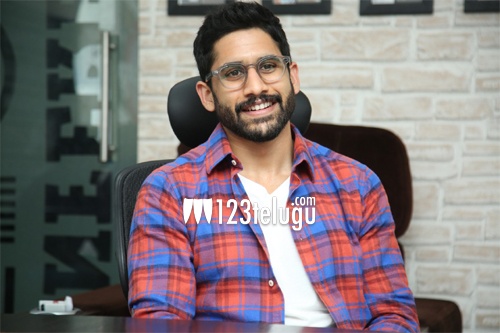 Love Story is up for a release tomorrow and on this occasion, we spoke to Chay Akkineni for a detailed interview. Here is the transcript.

Are you confident or tensed about the release of Love Story?

I am very confident about the film but am also very tensed as to whether the family audience will visit the theatres or not. The weekend bookings are very good but from Monday onwards it will be a real test.

There is a talk about two different climaxes being shot for the film. What do you say?

Even I heard this news which is untrue. There is only one climax. As we felt that we could do a betterment of the climax, we added a few scenes to it later and made it quite better.

How different is this love story from others?

We have touched upon sensitive issues like caste and gender inequalities in this film. What happens when an ambitious lower caste guy falls in love with an upper-caste girl is showcased in a very modern way. Also, the approach to the love story is very realistic.

Shekhar Kammula is a very dedicated person in real life. I love realistic dramas personally and Shekhar sir is a perfect fit for my sensibilities. I learned a lot from him and have changed personally as well.

It was quite hard for me to get it right but Shekhar sir was quite patient with me in this regard. As I had close to eight months before the release, I had a lot of time and worked big time on my dubbing.

Shekhar Kammula films always have strong roles for heroines. Did you feel any insecurity?

Your transformation as an actor is amazing. Tell us about it?

Everything depends on the director. I am a director’s actor and will go to any extent to do my characters. For me, the content is quite important and I like to do more realistic dramas personally.

Why don’t you work with big directors and do proper commercial films?

I am not after box office numbers. For me, the content is quite important and times have changed as serious and realistic dramas are the need of the hour. Seeing my work in Telugu, I have got a chance to work with Aamir Khan. For me, every director has his strengths and when the time comes, I will also do such big films.

What made Aamir Khan go so much Fidaa on you?

Even I don’t know what attracted him so much to me. I behaved myself and learned so much from him. In fact, in my tweleve-year-old journey, I have not learned so much as I did within those 45 days which I shot with him.

Tell us about your web series with Vikram Kumar?

Yes, the shoot will start soon and I play a negative character in the show and am super kicked about it. The OTT fever has caught on well and people like me should go ahead and do content that is in trend.