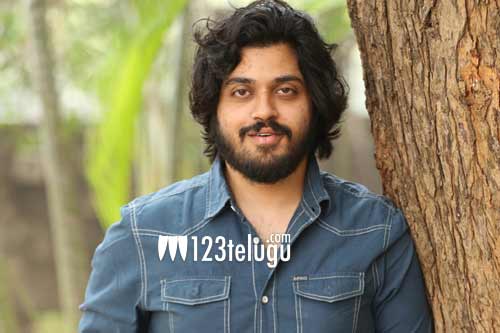 With each and every film, Chetan Maddineni is making his mark. Now, he has gone a step ahead and has turned director with his new film Beach Road Chetan. We caught up with him for a detailed interview. Here is the transcript.

The film is a realistic and raw action entertainer which is screenplay based. Everything happens in a variety manner and will be showcased in a unique way.

What made you turn director with this film?

I always wanted to direct a hardcore gritty action drama for a long time now. Since the time was correct and I found this script interesting, I decided to direct it myself.

Why are you risking yourself even with the production also?

When I told this decision of mine to my dad, he was not happy and asked me to do films as a hero. But as I was very confident about this film, I decided to produce it with my own hard owned saved money.

How did you prepare yourself as a director?

As I had no idea about direction, I watched a lot of online videos and learned a lot about shot-making, editing and various other traits of direction which helped me to make the film well.

The reason behind giving free tickets on the first day first show?

Small budget movies struggle hard to gain attention. Unless and until the talk is good, no one comes to the theaters. As we are very confident, I have arranged for the free tickets on the first day first show.

There are two scripts in the pipeline. One is a horror-comedy and the other is a thriller. Once this film releases, I will decide on the next.