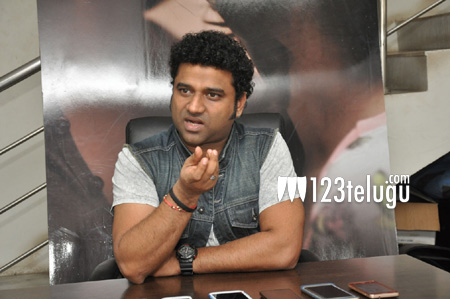 The success of Kumari 21 F can be attributed to Devi Sri Prasad and his thumping music score. On the occasion of the film’s success, we caught up with Devi for a brief interview. Let’s see what he has to say.

Q)How is the response for the film ?

The response has been amazing. Right from the beginning, we expected the film to be a hit but the way audience has embraced it is overwhelming. We believed in this bold project and it is so good to see our belief winning the hearts of many.

Q)How has the industry responded to the film ?

Right from the beginning, everyone has been supporting us big time. First it was NTR who said such good things about the film. Now after watching Kumari 21 F, stars like Mahesh Babu, Bunny and Ravi Teja have personally called me and congratulated for the success.

Q)What excited you towards this project ?

As soon as I heard the script, I was blown away by the bold narration and wanted to be a part of this project at any cost. All the compliments for my music and background score is because of Sukumar and his creative thinking.

Q)Reports reveal that you have choreographed the Bangkok song ?

Yes ! When I was composing the song, I suggested some signature steps. Ratnavelu liked them and asked me to choreograph the entire number which has become a huge hit now.

Q)How are your upcoming project shaping up ?

Both the albums of Sardar and Nannaku Prematho have come up quite nicely. After hearing a romantic number, Pawan Kalyan sent me a huge message appreciating my work. I am very confident that both these films will be huge blockbusters.