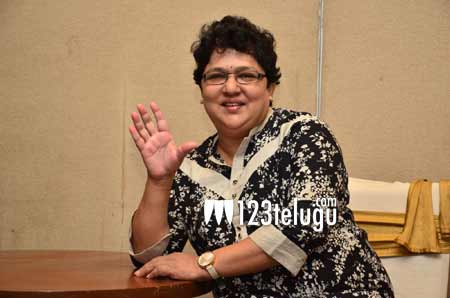 Lady director, Jaya is back with yet another youthful love story called Vaishakam. The film is ready for a July 21st release and on this occasion, we caught up with her for a detailed interview. Let’s see what she has to say.

As this is my home production, I have taken a lot of time to shoot the film. Every frame is carefully drafted and that freshness will surely show on screen. I have been traveling with this film for the past one year and am dying to see it along with the audience.

The songs look colorful. Tell us about that?

We worked very hard on the songs and shot them in Kazhakistan. To get a visa to that country itself took us three months. We were a 23 member crew who stayed there for two weeks and shot in some very tough conditions. But all the songs have come out quite well in the film.

Tell us about the music of this film?

The moment I roped in Vasanth for this film, everybody around me said no to my idea. But I did not loose heart and stuck with Vasanth. The result is there for everyone to see as he has given some very foot tapping numbers which will sound even better with the visuals.

I don’t want to reveal much about his role. He plays a crucial part in the film and changes the course of the proceedings with his entry.

Why do you always work with newcomers?

I always feel that such new actors possess raw talent which can be molded in any manner. In this film too, you will never feel that the lead pair is new as they have done a superb job in this romantic entertainer.

About the backdrop of the film?

The film is set in the backdrop of apartment culture. Nowadays, there are no joint families and everyone prefers to live in an apartment. So, my story is also about a young couple who live in such an environment and falls in love with each other.

How easy is it to have a husband as your producer?

Things do help big time. My husband, B A Raju has given me complete freedom and never obstructed in terms of budget issues. Even when I told that I want to film in a country like Kazakhstan, he never worried one bit. That is the reason this film has come out such grandly and will surely impress one and all.