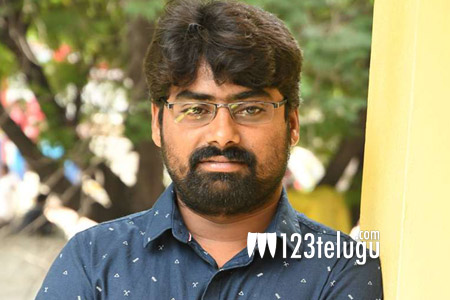 The reputed production house, Vaaraahi Productions are releasing yet another youthful family entertainer Rendu Rellu Aaru which is scheduled for a July 8th release. On this occasion, we had a small chit chat with the film’s director Nandu. Here is the transcript.

Q) How is the film going to be?
The storyline of the film is quite unique and is a romantic family entertainer. The audiences will definitely love it as there is enough comedy and fun to impress everyone.

Q) Reports are coming in that you have totally tried different comedy with Thagubothu Ramesh?
Yes! His role is a surprise package in the film. That is the reason we didn’t reveal him in the posters or trailer. It will be very different from his previous roles.

Q) How did Sai Korrapati come forward to release this film?
Initially, I tried to approach him with the same story but unfortunately, I could not get his appointment. Later, I started the film with a different producer and completed it. Sai Korrapati saw the film and after the first twenty minutes, he decided to release it.

Q) What kind of films can we expect from you in the future?
If not big budget films, I will at least stick to making small and meaningful films. I love to make films which reflect middle-class family life.

Q) Are you planning to make your next film on Vaaraahi banner?
Yes! Sai Korrapati sir promised me that he produce a film for me. Apart from that, I have yet another project which is still in scripting stages.