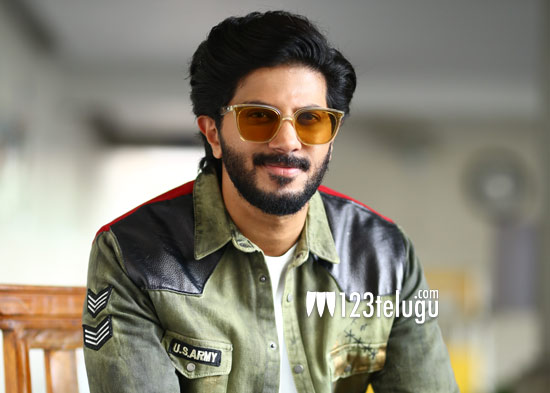 Sita Ramam produced by Swapna Cinema, presented by Vyjayanthi Movies, and directed by Hanu Raghavapudi is ready for a grand release on the 5th of August. The film stars Dulquer and Mrunal Thakur in the lead roles. On this occasion, we met with the hero Dulquer Salmaan for a brief chat. Here is the transcript.

What’s the major attraction of Sita Ramam compared to your earlier movies?

Sita Ramam is an original story and a classic film. A movie like Sita Ramam hasn’t come anywhere till now. I liked the screenplay. The film will be in an unexpected way. All that you have seen in the trailer is just a glimpse. You need to catch the magic of Sita Ramam on the silver screen.

Why did you mention you wouldn’t act in love stories anymore?

I thought to take a break from love stories as I am aging. I want to do mature and different characters. I would love to do fresh and original stories.

This is your second film with Vyjayanthi Movies. How was the experience?

Aswini Dutt and Swapna’s Vyjayanthi Movies banner is like my family. I like Ashwini Dutt sir for his nature. He is my favorite person who would be very positive. The kind of affection he showers is very great. He will choose the best for me. Director Hanu presented this story in an excellent manner.

In 10 years of film journey, you have done almost 35 movies. Also, you are doing business as well. How did it become possible?

To be frank, I have done very few films. My peers are doing around 12 films per year in Malayalam. There are instances when my dad did about 30 films per year. Compared to them, what I did is very less.

When did you get to know about your craze in the Telugu states? Brief us about Vizag and Vijayawada events?

Long back when I came for an event in Hyderabad three guys told me that they liked my Ustaad Hotel film. I was shocked as it was my second film. Also, people are watching my films on multiple OTT platforms. I am very happy about it. I couldn’t attend Mahanati’s promotions as I was injured back then. The response to Sita Ramam’s promotion is making me feel elated and I thank Vizag and Vijayawada people for their warm love. I never expected this and I am very lucky.

Would you do film direction in the future?

I wanted to do it. But I am not having enough time for it now. Whenever a film comes in my direction, it will be different from people’s imagination.