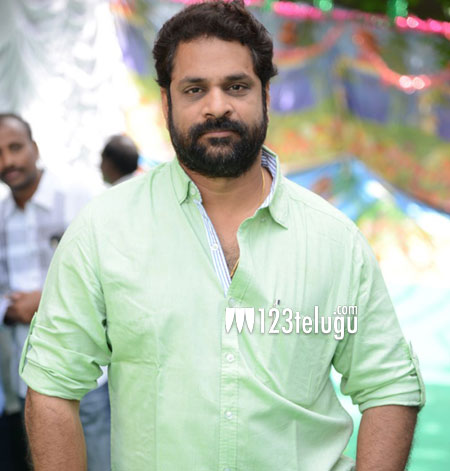 Director E Sattibabu has been associated with some successful films in the past. He is now back with an family entertainer in Jump Jilani. On the eve of the film’s release we met the director for a brief chat. Let’s see what he has to say.

Q) This movie is a remake of a Tamil film. Have you made any changes to the Telugu version ?

A) Yes ! There are many changes to the Telugu version. In Tamil, there were two heroes, but in Telugu both the roles have been done by Allari Naresh.

Q) Tell us something about this film ?

A) Jump Jilani is based on the story of a ancestral hotel, which gets into trouble, and how the owners of the hotel, played by Allari Naresh fight hard to save their property.

Q) Tell us about the heroines in the film ?

A) Isha Chawla and Swati Dixit are the two heroines in our film. While Isha Chawla plays a food inspector in the film, Swati plays an college going bubbly character.

Q) This is your fourth film with Naresh. How differently are you going to show him in Jump Jilani ?

A) All my previous films with Naresh have fared successfully. Coming to this film, you will see Naresh in a dual role for the very first time. He has done an exceptional job for both the roles, and has projected both these characters quite differently.

Q) Allari Naresh’s past few films have not been doing well. Why did you risk him for a double role in this film ?

A) We were very much confident from the day the project went on floors. As we had a proven subject in our hands, we went ahead with our conviction.

Q)Tell us about your upcoming projects ?

A) I have a few projects in the pipeline which are currently in the discussion stages. I will let you know about them when they are finalized.