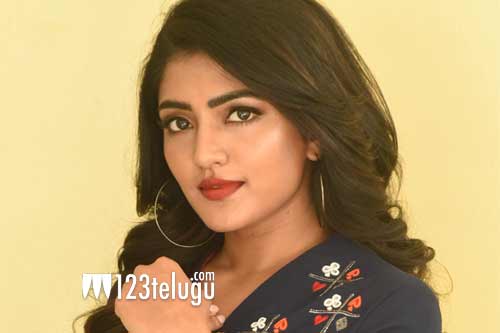 Telugu beauty, Eesha Reeba is back with a film called Raagal 25 Gantallo. On this occasion, we caught up with her for a detailed interview. Here is the transcript?

What made you say yes to this project?

The entire story is interlinked to my character and I play the main lead. It is very rare to get a role these days and I had a lot of scope to perform in this film, so I okayed it right away.

Looks like you have increased the glamor dose these days?

Yes, I have. I don’t like to get stereotyped in my roles. The industry typecasts Telugu girls that they can only do such roles. I want to come out of that mold and prove that I can do any type of role.

So, that is the reason behind all your hot snaps on Insta these days?

What’s wrong with that. I am a hot looking woman and there is nothing wrong in posting those pictures. As long as they are decent, I don’t mind going glamorous in my attires. Everything is in the eyes of the beholder.

Being a Telugu girl is a plus or minus for you?

I can’t say it is a minus. I am struggling as of now and trying hard to prove that Telugu girls can be quite versatile in their roles. Nowadays many Telugu girls have come up in films and even I am trying to make a mark.

There is a talk that you have ego issues with Satyadev. Is it true?

Not at all. Both I and Satya get along quite well. He is very busy with his web series and that is the reason he is not able to promote the film much. We have good roles and the film speaks for itself.

Is doing Lust Stories an intentional plan to prove yourself?

No, there is nothing to prove. I cannot limit myself to just doing the stereotyped roles. This web series will be a new beginning for me and will make them look at me in a different manner.

I will very soon okay a project in Telugu. Apart from this, my Tamil debut will be out on the 20th of December.