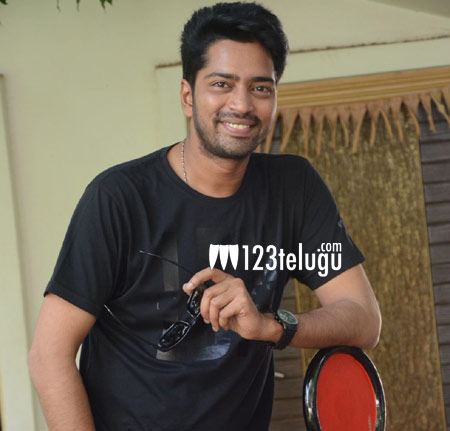 Allari Naresh is a busy man as his upcoming film Selfie Raja is up for release tomorrow. On this occasion, we caught up with him for a brief interview. Let’s see what he has to say.

Q) Coming directly to the trailer, why did you spoof the Cheppanu Brother dialogue ?

We had it for fun and not to hurt anyone. You need to watch the film to understand what exactly happens in that scene. We have used it in a lighter vein and even if Bunny sees it, he too will end up laughing big time.

Q) Why did you name the film Selfie Raja ?

As I play a hilarious character who is crazy about selfies, we decided to name the film with that title. Once we named the film Selfie Raja, the reception to our movie has been quite positive.

Q) Highlights of the film ?

The fun that is generated through my character is the biggest highlight of the film. How my character, who is crazy about selfies lands himself in huge trouble and escapes it is the entire story all about.

Q) Some of your previous films have failed. How do you feel ?

After a point of time in my career, I felt that I was getting repetitive and decided to do something different. That is how Bandipotu, Laddu Babu came out. I have no regrets about them as it was my own decision to do such films.

Q) Why have you decreased doing number of movies ?

Its all because of my previous flops. I want to be more careful and deal with one film after the other.

I have two films in the pipeline. One is with G Nageswara Reddy and the other is with Ala Yela director Anish Krishna.