Interview : Ghibran – My wife is from Vijayawada and I understand Telugu
Published on Jul 18, 2014 8:50 pm IST 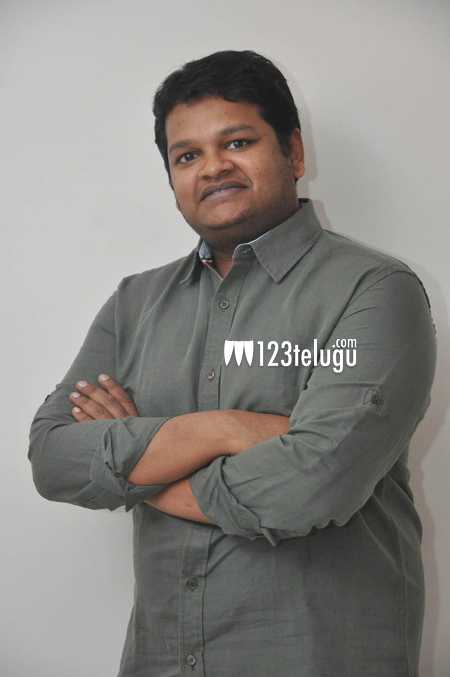 Tamil Music director Ghibran is the most sought after musician currently. He has given music to films like ‘Vishwaroopam 2’ and ‘Utthama Villain’. He has been introduced to Telugu audience with Sharwanand’s ‘Run Raja Run’. This film is slated to release on August 1, and we caught up with him for a detailed interview. Let’s see what he has to say.

Q) How did you get ‘Run Raja Run’s music making offer ?

A) Director Sujith was very impressed after listening to the songs of my debut film ‘Vaagai Sooda Vaa’ for which I received national award. He along with producers also liked my ‘Naiyaandi’ album and gave me this project.

Q) This album has got a good response. How happy are you feeling ?

A) I have never done an urban movie and at this point of time, Sujith came with his story. He was interested in making a new kind of music, and he gave me complete freedom for this album. This is the reason that the album came out pretty well.

Q) What is your favourite song in this album?

A) I worked hard for every song and I like all songs. Personally, I like melody songs and there is only one melody in this film. ‘Vadhantune Nenu Vadhantune’ is my favourite.

Q) How is it working for a Telugu movie for the first time?

A) My wife is from Vijayawada and I understand Telugu. From long time, she was asking me to work for a Telugu movie. I satisfied her desire with ‘Run Raja Run’. I got a good support from producers and I am thinking of doing some more projects here.

Q) How is it working with Kamal Hasan?

A) I am a big fan of Kamal Hasan from my childhood. I was very much happy when I got chance to work with him and was also tensed. Kamal sir comforted me and he use to explain every scene. It was fun and a dream come true working with him.

Q) We heard that, you are experimenting with some new instruments in ‘Utthama Villain’. Is that true?

A) The flashback episode in ‘Utthama Villain’ is set in the 18th century and so we decided to make music from those days. We researched on it and used Malai instruments for this.

A) ‘Vishwaroopam 2’, ‘Utthama Villain’, ‘Drushyam’, ‘Amarakavyam’, these films are ready for release in Tamil. Very soon, I will let you know about my Telugu projects.

With this we wrapped up our interview wishing him luck for his future projects.