Interview : Gopichand – Seetimaarr is a mix of emotions and mass elements
Published on Sep 8, 2021 12:03 am IST 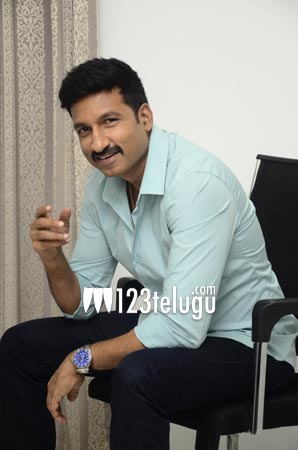 Sampath Nandi’s Seetimaarr is releasing this Friday and on this occasion, we caught up with Gopichand for a detailed interview. Here is the transcript.

This is my second film with Sampath Nandi. Sometime back, he narrated to me a story that I did not like. So, he came to me after six months and narrated the story of Seetimaarr. As I did not attempt a sports drama yet, I said okay.

How different is this Kabaddi film from the others?

This time, we have chosen women as Kabaddi players. This angle is new and the mix of commercial elements with solid sentiment and emotions is the highlight of the film. The film has been narrated in a unique manner.

What kind of preparation went into playing a coach?

To be frank, I did not prepare much. But I got to learn the game of Kabaddi in a close manner. I had to interact a lot with Kabaddi players and did my bit to bring out the serious emotions in the film.

Working with Sampath Nandi for the second time?

We worked on a film called Gautam Nanda which did not work at the box office. So, when we decided to work again, we made sure not to commit the mistakes which we did earlier. I can say that Sampath has showcased nicely balance between sports drama and mass elements.

Working with the likes of Tamannah?

She also has a different role for the first time and has done quite well in the film. She plays my counterpart and has shared very good chemistry with me. Her role is also quite strong in the film.

Tell us about Mani Sharma’s music?

The moment I knew that Mani Sharma is composing music for this film, I felt so happy. He has given good songs and more than that, his BGM for the matches and mass scenes has taken the film to another level.

What’s your take on the OTT releases of Telugu films?

OTT is a superb platform and has its own advantage. I feel that it is also going to be the future ahead. But watching a film on the big screen is a different experience altogether. A film like Seetimaar can only be enjoyed on the big screen.

As of now, I am busy with Pakka Commercial. I am also doing a film with Sriwas. Then, there is a film on my own banner. I am also listening to some good scripts as of now.