Interview : Hari and Harish – Not just PAN Indian but even PAN world audiences will like Yashoda
Published on Nov 9, 2022 4:41 pm IST 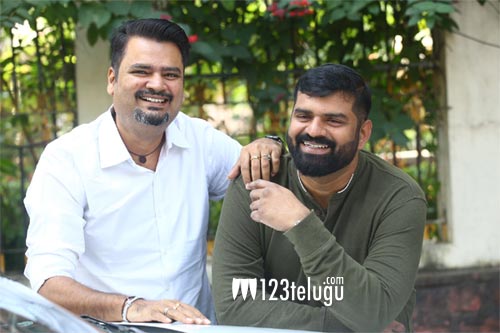 Star actress Samantha’s upcoming film Yashoda is scheduled for a grand release this Friday. Unni Mukundan, Varalaxmi Sarathkumar, and Rao Ramesh play pivotal roles in this action thriller. Produced by Sri Devi Movies, the movie is helmed by Hari and Harish. Mani Sharma is the music composer. We had a brief interaction with the director duo ahead of the release. Here is the transcript.

You did films like Ambuli, Jambulingam, and Oru Iravu in Tamil. Talk about Yashoda, as it is a big-scale film.

There is a lot of difference scale-wise. But the challenge remains the same. In our first film Oru Iravu there won’t b any hero or heroine. The audience is the hero, and Harish’s father is the producer of that film. When it comes to Yashoda, we made it on a large scale, and also, there are challenges content-wise. We intend to tell something new story-wise. How we say, the story is also important, and Yashoda requires a high budget.

Didn’t you feel it was risky to increase the budget from 3 crores to 40 crores?

We prepared one version to make the film on a low budget. When we were writing the script, we had Samantha on our minds. When we narrated the story to Sivalenka Prasad Garu, he asked us why not make it on a huge scale. As the content is good, he wanted to make it a PAN-Indian film. After meeting Samantha, we thought of making the movie on a massive scale. The movie will be very new content-wise. Not just PAN Indian but even PAN world audiences will like Yashoda.

Is there any inspiration from international cinema?

No. We didn’t take any references as such. Only there is a reference from the news. We don’t know what’s happening around the world. We added suspense elements after developing the script from the news. Then the screenplay became very interesting, and the audience will be tense about what happens next.

Why did you do the movie in Telugu instead of Tamil?

It’s due to our friend and executive producer, Senthil Garu. He thought of producing the film when the first version was getting ready. To take an opinion, he gave the narration to Sivalenka Prasad Garu. We met during the final rites of SPB Garu, and if everyone were okay, Prasad Garu thought of producing it. Senthil Garu said okay, so the movie can be made on a large scale.

How was it working with Samantha?

No matter how big the emotional scene is, Samantha will ask for two minutes and will perform with ease in front of the camera. She doesn’t even use glycerine. There will be a move for every 20 minutes in the movie. The film will go to the next level with more surprises and shocks. This movie has more emotions than all the films we have done. Samantha used to ask if we needed further takes to get the shot right.

Could you tell us a few words about film producer Sivalenk Prasad Garu?

He not only facilitated the funds but also picked the right artists for the film. Moreover, he made sure things were done smoothly. Mani Sharma gave us a lot of freedom, and Marthand Venkatesh Garu edited crisply. Creative director Hemambhar Jaasthi Garu gave us a lot of support.

There is a talk that you are doing another film for Yashoda’s producer. What about it?

Yeah, there will be a film with him. We have asked for some time. We do have a few story ideas.