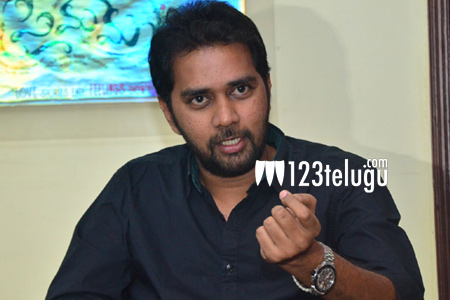 Naga Chaitanya’s much-awaited remake of the Malayalam industry hit movie, Premam, released yesterday and it has been declared a huge success. Today, Premam’s team celebrated this much deserved success and director Chandoo Mondeti shared his feelings and experiences during the making of the movie in an interaction with the media. Here are a few excerpts from the chitchat with Chandoo:

Q) What is Nagarjuna’s reaction on Premam’s success?

A) Nagarjuna sir is quite happy with the success. He had watched the movie even before its release and appreciated us. This gave us a huge boost.

Q) You had originally narrated your own script to Naga Chaitanya. What compelled you to remake Premam?

A) It’s true that me and Chay were planning to work on a different script. I had watched Premam and casually told Chay about the movie. He was already offered Premam’s remake by then. It was then that we both decided to go ahead with Premam’s remake.

Q) Why did you retain the original title?

A) We had initially wanted to name the film as Majnu, but people cautioned us saying it will give a wrong notion to people that Premam is a sad movie. We retained the original because Premam is the Sanskrit word for love.

Q) How did you zero in on Shruti Haasan for Malar’s character?

A) We wanted to cast a star heroine among the three female leads in the film. Shruti is a crowd puller. She readily signed the movie and acted without much make-up to get a natural look.

A) Yes, Chay was quite impressive. He showed excellent variation for all the three characters, which seems to have impressed the audience.

Q) Were you afraid of the negative buzz during the making and release of the film?

A) I was deeply hurt but never afraid. People used to discourage us saying that a certain scene was not right and that we will spoil the original and it disappointed me a lot.

Q) Did you seek help from those who worked on the original while remaking Premam?

A) I hardly met any technician who had worked on the original during the shooting. However, I did meet them during the film’s post-production and discussed about various aspects. We also retained the music composer Rajesh Murugesan and four songs from the original.

Q) Will you work on remakes in the future?

A) Yes, surely. However, I have to be highly inspired by the story.

Q) What kind of movies do you want to make in the future?

A) I am a huge fan of sci-fi movies and most of my scripts belong to that genre. I am highly confident that I can direct a good sci-fi movie. Sci-fi movies take audiences to untraveled paths and introduce them to new worlds. Even if the movie flops, it still teaches something new to the audiences.

Q) Is it true that you had narrated a script to Venkatesh?

A) That’s true. It’s a cop movie and Venkatesh sir liked it a lot. I have also narrated another story to Nagarjuna sir and he too was quite excited about it. We will have to wait until either of these projects materialize.

A) I have signed a film in iDream banner. And then there’s a film each with Sitara Entertainments and Dil Raju. My next film will be ready by January early next year.