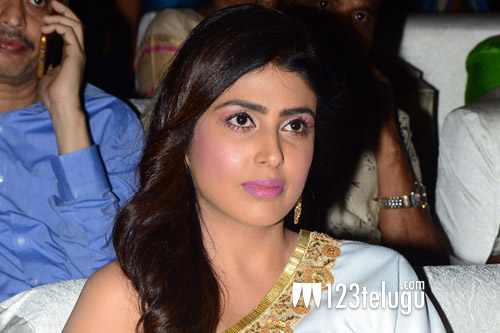 Ram Gopal Varma’s intense love story, Bhairava Geetha, is scheduled for a November 30th release. On this occasion, we had a brief interview with the film’s leading lady Irra Mor. Here is the transcript.

Q) How excited are you about the film’s release?

A) I’m very excited for the film’s release, as it is my first Telugu project. I hope that the Telugu audience will encourage and support me.

A) My character’s name is Geetha. She is a very strong and independent woman who believes in social equality. The film will take a new shape altogether after my character is introduced in the plot.

A) I’m basically a theatre artist and while doing my plays, I heard that RGV sir was looking for a fresh face for his film and I approached him. After a few auditions, I got selected for the film.

A) The film is set in an action backdrop and we used to shoot those episodes in remote areas where there is no availability of phone signals. As this is my first film, I was a bit uncomfortable while shooting intimate scenes. Other than that, everything went on smoothly.

A) He is a very comfortable technician to work with and has a lot of clarity on each aspect of the film. He used to transform the artistes’ mood according to the scene and it helped us deliver a better performance.

Q) Tell us about your hero and director?

A) They both are very professional and kind-hearted people. I really learned a lot from them while shooting the film.

Q) Have you watched any Telugu movies?

A) I used to watch Hindi dubbed versions of Telugu films on TV and recently, I watched Mahanati and Arjun Reddy to understand the feel in regional films.