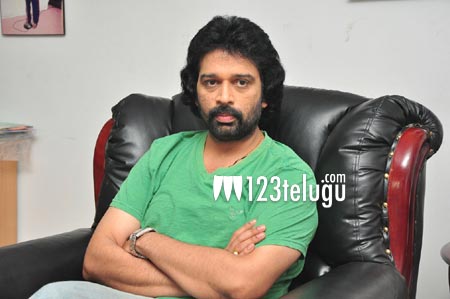 JD Chakravarthy is playing the villain’s role in Manchu Vishnu’s upcoming action entertainer Dynamite. On the eve of the film’s release, we caught up with him for a brief interview. Let’s see what he has to say.

Q) What was the main reason behind signing Dynamite ?

Initially, I was reluctant to sign the project as I did the same role in Tamil. But I got impressed with the changes made by Deva Katta and agreed to act in Dynamite.

Q) What aspect did you like the most in both versions of the film ?

Both versions are based purely on racy narration and I liked the interesting characterizations of the hero and villain. I am confident that their roles will connect with the audience well.

Q) How was it working with Deva Katta ?

Deva Katta is a passionate film maker with great ideologies. He showed a lot of dedication while working on the project and his chemistry with Vishnu worked pretty well.

Q) Your working experience with Vishnu ?

Vishnu is a very hard working actor and gave his best for Dynamite.It was a great experience working with him.

Q) Do you interfere in film making while acting ?

I only suggest changes to some of the scenes but don’t get involved in the creative side of a film maker.

Although, I haven’t done too many projects in Telugu, I had appeared in a couple of hit movies in Tamil and Malayalam. I am just waiting for the right subjects.

I am planning to direct a film in RGV’s production. Also, I have some projects lined up in Telugu and Tamil which will be announced very soon.