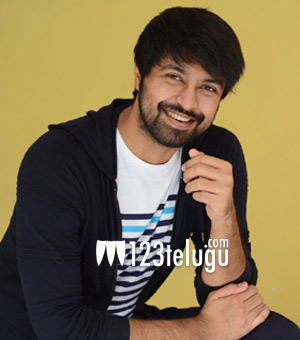 Megastar Chiranjeevi’s son-in-law, Kalyaan Dhev’s debut film, Vijetha, is all set to hit the screens tomorrow. On this occasion, we had a detailed interview with Kalyan. Here is the transcript.

Q) What did you do before coming into films?

After pursuing my engineering I was looking after my family business. This was also the time I decided to become an actor and also got a Bollywood offer but things didn’t work out. Maybe, I was destined to make my debut with Vijetha.

Q) How did you bag this project?

Soon after completing my acting course at Satyanand Institute of acting, director Rakesh met me with this script. As I liked it immensely, we kick-started the project.

Q) Which aspect of the script made you sign this film?

The first thing I liked about the script was the father-son bonding. I won’t say that it is a new kind of film but I believe that an emotional connection between the father and son will appeal to the entire section of the audience.

Q) What is Chiranjeevi’s contribution in your debut film?

I took this film’s script to Chiranjeevi garu for his opinion. He heard the story and suggested a few changes in the film. In fact, he was the one who suggested Murali Sharma’s name for the role of my father.

Q)Tell us about your character?

I will be seen as a boy-next-door role who is not serious about his life and career. Because of this attitude, my father in the film faces several problems and how I deal with it is the whole story of the film.

Q) Did your wife watch the film?

No. She just saw a few rushes along with her dad Chiranjeevi garu. Moreover, she is not that a filmy person and watches fewer films. But she is very excited about my debut.

Sai garu saw my pics at the acting Institute and inquired about me. Soon after he knew that I was Chiranjeevi gari son-in-law he approached me with the director. So that’s how the film took off.