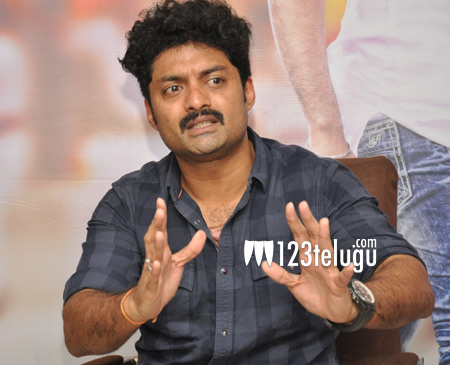 Nandamuri Kalyan Ram is high on the success of Patas. After a brief gap, he is back with yet another action entertainer Sher which is up for release this week. On this occasion, we caught up with him for a brief interview. Let’s see what he has to say.

Sher is yet another high voltage commercial entertainer coming after the success of Patas. Love and family emotions are going to be the highlight of the film.

Q) How different is Sher going to be from Patas ?

The shooting of Sher kick started even before Patas did. As Patas became a huge success, expectations are even more higher. We have taken good care of the entertainment part and have conceived the film with the necessary commercial aspects.

Q) What made you give director Mallikarjun another chance ?

I always believed in his talent. He has worked very hard on this script and readied a perfect entertainer. Everyone of us faces failures and needs that one chance to prove themselves. I want this film to be a huge hit at least for Mallikarjun’s sake.

I play a simple boy next door who goes to extreme extents for his family and love.

Q) How different is it working in outside banners ?

For me, every banner is the same and I give 100 % for every film. Everyone makes films with a lot of hard earned money and wants their films to do well.

I have crossed that stage of failures and success in life. I give my best and if the the film fails, I try to mend my mistakes and do better the next time. Success and failures are not in our hands.

Q) When will you produce a film with NTR ?

As of now, I am quite busy with my own films. NTR’s film is definitely on the cards and both of us will make a huge announcement very soon.