Interview : Kamal Haasan- Vishwaroopam 2 will be much bigger than the first part
Published on Aug 2, 2018 10:51 pm IST 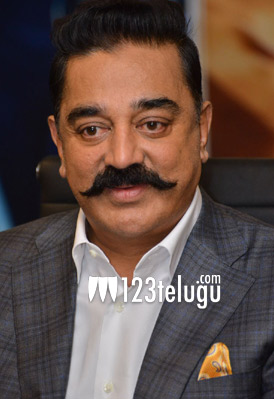 Actor-filmmaker Kamal Haasan’s most eagerly awaited spy thriller, Vishwaroopam 2, is slated for release on August 10. On this occasion, we had a small chit-chat with him during his promotional visit in Hyderabad. Here is the transcript.

Q) After a long gap, you are coming up with the second part of Vishwaroopam. Tell us about it?

A) Yeah. Actually, we are not responsible for the delay. It just happened due to some logistical issues, but I’m confident that audience will accept this film also and bless us. All I can say is that this film will be much bigger than the first part.

Q) Does this sequel have a proper continuation to the 2013’s Vishwaroopam?

A) At the script stage itself, we decided to make it in two parts and we wrapped up the entire shoot 4 years back only. But the post-production work took a lot of time. So this sequel will have a proper continuation to the first part. We didn’t make any further changes in the script in this gap.

Q) During the first part’s release, you had faced many hurdles to release it. Have you faces any problems from the censor board this time around?

A) You all know that during the first part’s release a few people personally targeted me and made it a controversial topic unnecessarily. Now, no one is there is pull my legs as I’m also a politician and I’ve been strongly trying to fight for my rights. So everything went smoothly and I hope will have a pleasant release as well.

Q) Heavy action episodes are being showcased in the trailer. What kind of work did your team go through to design them?

A) The film will have intense, cutting-edge action sequences which will give a new cinematic experience to the audience. Moreover, our Indian films are improving and competing on par with world cinema in technology usage. This modern age technology also helped us to spread wings and try something really new.

Q) Tell us about the beautiful leading ladies, Pooja and Andrea?

A) In the first part, we had left many questions unanswered about both of them. We just showed Pooja as my wife and Andrea as a student to a dance master. But in the latter part, we are coming up with a detailed explanation regadring both of them. The second part will also have a good emotional drama.