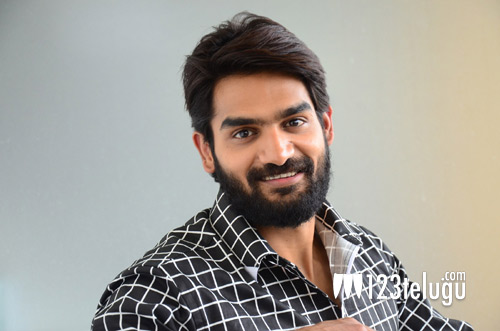 Karthikeya is ready with his new film Chaavu Kaburu Challaga. On this occasion, we spoke to him for a detailed interview. Here is the transcript.

I got a call for this film in early 2019. The moment I knew that this film will be produced by Geetha Arts, I decided that I should do it at any cost. Now that the film is ready, I am confident that it will be a big turning point in my career.

I play the character of a van driver who carries dead bodies. He falls in love with a girl who has just lost her husband and this aspect stuck in my head. The beginning of the film itself was quite interesting and I never played such a mass role to date. All this made me sign this film.

Working with the director Koushik?

The moment I saw Koushik, I felt that Geetha Arts has sent a guy who will narrate a Pelli Choopulu kind of a film. But when Koushik narrated Chaavu Kaburu Challaga, I was taken back. The amount of emotion and philosophy he had was impressive. Koushik has narrated the film in a superb way.

Death is a delicate topic during these COVID times. Don’t you think it is a risky subject?

Death cannot be escaped and the hero of the film has his own philosophy regarding this aspect. There is a lot of serious emotion in this film. The film will have comedy and emotions on the lines of Raj Kumar Hirani films. The pain is serious but it is told in a very subtle manner.

Working with the likes of Amani?

The moment I heard the script, I asked who would play my mom. Amani is a legend and did so well in the film. The way she respected me and my director, I was in awe of her. Even after so many years, she is ready to learn.

You have no background. How are you selecting scripts?

Yes, it is quite hard for me as I have no one to help in the industry. I decide myself and also take the help of friends. That is why I did some films which were flops.

What went wrong with your flops?

I did all those films with a lot of belief. I did not judge the scripts well and accept my mistake. One always gets opportunities and needs to be sharp in picking good scripts. I am not here to become a star overnight and am learning with each passing day.

The moment I got the offer, I accepted it with both hands. The chance of getting associated with Ajith itself excited me big time. Being with him on sets itself is a blessing and I have never met such a humble star in my life.

A word about Geetha Arts and Allu Aravind?

I was very scared to meet Allu Aravind garu in the first place. The moment I met him, I understood how chilled out he is in real life. Getting associated with him itself is a boon for my career and I hope to work with him in the future as well.