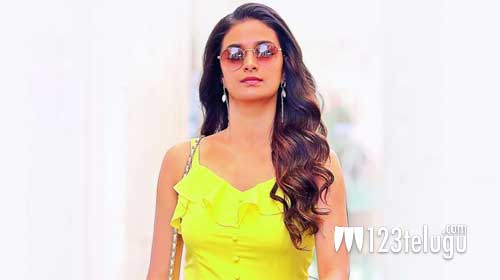 Keerthy Suresh’s Miss India is a film that will release soon on Netflix. On this occasion, we caught up with Keerthy Suresh for a detailed interview. Here is the transcript.

Firstly, did you expect a national award for Mahanati?

The film has been a turning point in my career. I never expected any award for the film but accolades came passing by. Now, I have more responsibility on my shoulders as people expect something special out of me.

The story itself is quite unique and provided a lot of scopes for me to perform. Narendra, our director came with a lot of clarity about my role, how I will be showcased, looks, and the drama with detailed narration. There was no choice but to say yes to the film.

Back to Back releases on OTT. Are you upset?

No, not at all. Just six months back, everything was looking so perfect and now, no one imagined such a situation. In such a time, I even thought that I would even get my films released but here I am with back-to-back releases and it is a blessing in disguise and we need to go with the flow.

Tell us about your role and preparation?

The film is about a small-time girl who wants to make it big in business. How she is suppressed all the time and the manner in which she reaches the US and starts a tea business in a coffee dominated country is the whole film. I had to lose a lot of weight as I had a solid look in the second half with multiple costume changes.

Working with the likes of Jagapathi Babu?

This is the first time I was working with him. We had a great time on the sets and spoke a lot about various issues. He plays the villain and I have some mass dialogues to mouth in front of him. During the initial days of the shoot, it was so difficult for me to perform but JB sir helped me a lot.

This was the immediate film that I signed post-Mahanati. I had other plans in mind and wanted to do commercial films. But he brought this film and thought of me to do such a key character is so good. I mean the confidence that he showed in me was something else that I cannot forget.

Tell us about the film Sarkaru Vaari Pata with Mahesh?

Yes, I am playing a key role and am super excited to shoot with Mahesh. We will start shooting in January and cannot reveal more details apart from this.

Miss India will release soon. Then, I have Good Luck Sakhi, Rang De, Sarkaru Vaari Pata, and also have to sign two Telugu films. I also have Annathe in Tamil, a film with Mohan Lal in Malayalam and a few more are in discussion stages.