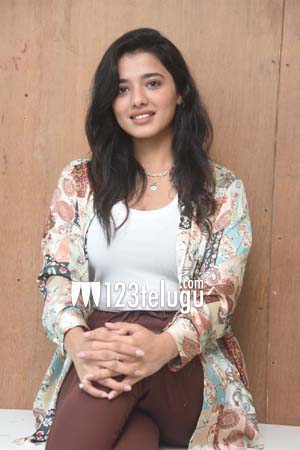 Naga Shourya’s Lakshya is up for a release soon. On this occasion, we caught up with the film’s heroine, Ketika Sharma for a brief interview. Here is the transcript.

About the outcome of Romantic?

I am super happy with the way Romantic was received by the audience. My role and performance were appreciated and what can I ask more for. In fact, it is because of Romantic I was offered Lakshya.

Tell us about your role in Lakshya?

I play a morally righteous person named Ritika, who follows her heart. I play Naga Shourya’s girlfriend who supports him through thick and thin in the film. The moment I heard the story, I okayed the film right away. This film has given me a chance to showcase my acting prowess.

Working with the likes of Naga Shourya?

Naga Shourya is a thorough professional and helped me a lot during the filming. He helped me with the lines and educated me about the various camera angles and how I should respond. He has a strong role and will impress one and all.

This is his second film and has done a superb job. He gave me a lot of freedom to perform the scenes in my own manner. The film is high on drama and goes through a roller coaster of emotions that will be loved by one and all.

How is Tollywood treating you?

I am super thrilled with the way the fans and Telugu audience have welcomed me here. I want to do more films here and am game for all kinds of roles and I feel that the best is yet to come.

I am busy with the shooting of my third film with Vaishnav Tej. The film is nearing its completion soon and I have a beautiful role in this film.