Interview : Kiran Abbavaram – Climax will be the highlight of Sammathame
Published on Jun 20, 2022 4:25 pm IST 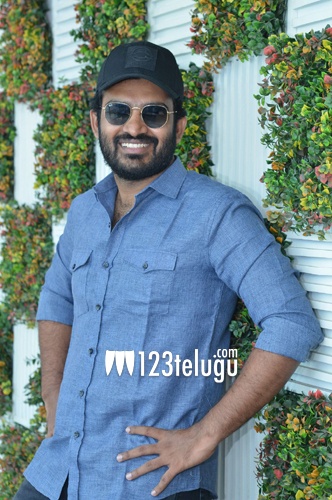 Young and talented actor Kiran Abbavaram’s Sammathame is up for a grand release in theaters on June 24, 2022. Ahead of that, we met with the actor for a brief interview. Here is the transcript.

How did you become a part of this movie?

I have known Gopi (Gopinath Reddy) for many years. We both used to roam on roads and discuss movie-related topics. Usually, Gopinath writes very slowly and after he readied the script, he narrated it to me and I immediately okayed it. I feel comfortable working with him. Sammathame is a fresh and breezy film you can enjoy for two and half hours.

It’s a story of a middle-class guy who is interested in marrying a girl. He meets a posh girl and what happens next in their lives is the crux of the story. The movie will entertain audiences for sure. The emotional scenes and mainly the climax will be the highlight of the film. I hope everyone will relate to the point we discussed in it.

Why are there so many songs in the film?

The story demands them and you will know why after watching the film. Thanks to Shekar Chandra for giving 7 wonderful tracks. We kept a song under wraps to make you enjoy it in theaters.

The movie’s title might make you feel so but my character has mass elements as well. If you have watched the trailer, you have already witnessed a bit of mass in my characterisation. My upcoming projects are out-and-out mass movies.

After many rejections, finally, Gopi roped in Chandini as the heroine. She is hyperactive and what’s surprising is that our reel and real lives are almost the same. For instance, she is a posh girl who talks in English just like in the movie. Chandini is a wonderful co-star and I quite enjoyed working with her for this movie.

Nenu Meeku Baaga Kaavalsinavadini will be released in August. Geetha Arts are in plans to release Vinaro Bhagyamu Vishnu Katha at the end of September. Later, my movie with Mythri Movie Makers and Clap Entertainment will also be released by the end of this year.