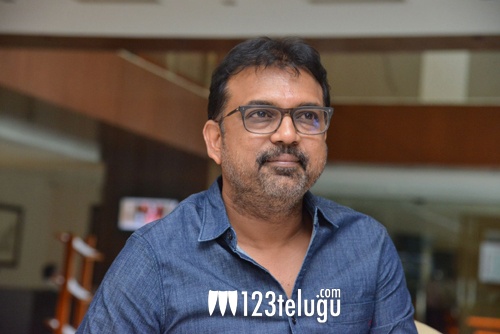 Koaratala Siva is busy with the promotions of his latest film Acharya. On this occasion, we met him for a detailed interview. Here is the transcript.

How hard was it to write a script for a star like Chiranjeevi?

When it comes to a star like Chiranjeevi, things are quite easy as I know that he will play it to the galleries. There is nothing preachy in this script as only the backdrop is new. The hero fights for a cause.

What are the special aspects of the characters played by Charan and Chiranjeevi?

Ram Charan plays a person who studies in a gurukul and is a very spoken person. Whereas Chiranjeevi plays an aggressive person due to his past. What happens when two such persons come together and fight for the same cause. We did not deal with the backdrops of the key characters.

As there are both big stars did your style of storyline take a back seat?

Both the characters have equal importance in the film. As there are big stars, my storytelling got enhanced even more. Whatever social message I give in my films, I have narrated in a more commercial manner.

Why is Acharya not a pan-India film?

From day one, we planned this as a Telugu film. In between as times changed, there was surely a discussion of the pan-India project. But both I and my producers felt that one should not rush the post-production just to cash in on the craze. That is the reason, we did not go for a Pan-India film.

Are you happy with the music composed by Mani Sharma?

Acharya has not had many situations to create good music. But Mani Sharma made sure he gave the best of the music and the songs will click once the film gets released. His BGM is also superb.

What kind of suggestions did Chiranjeevi give for the story?

Once the story was locked, Chiranjeevi Garu did not make give any suggestions. He only gave me a free hand and asked me not to hype things as he and Charan were being a part of it.

Everyone expects a message from your films. Does it add pressure on you?

Not at all. I only write strong characters and see what they can do in a new premise. As the situations are serious and commercial, it feels like giving a message. But I don’t intentionally plan to give any message.

You have your own set of religious beliefs. Will you ever make what you follow?

Not as of now. But in the days to come, I will surely make a film on Swami Vivekananda and will make it on a big scale. But to make it, I need to gain more experience.

The story has been locked already and once Acharya releases, I will sit with NTR, and more details of the film will be announced on the 20th of May on NTR’s birthday.