Interview : Krishna Vamsi – I always wanted to say something new to the audience
Published on May 7, 2017 5:07 pm IST 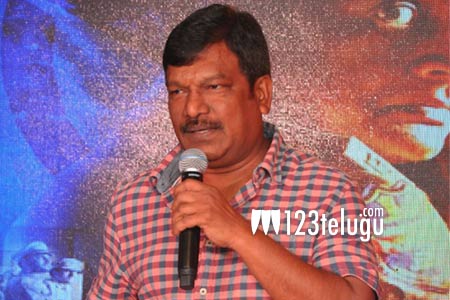 Creative director Krishna Vamsi’s upcoming flick, Nakshatram, is scheduled for a June 1st week release. The film’s action packed teaser was unveiled today. On this occasion, we had a small chitchat with Nakshatram team. Here are the excerpts​.

Q) Will there be any controversy after the film’s release?

A) No. Instead of controversies, the film will get good appreciation from the audience.

Q) Which is the toughest job? Making or Editing a movie?

A) It’s tough to pick one craft. Writing, making, editing, and marketing are all tough jobs and we should handle them with utmost care.

Q)Tell us about Sai dharma Tej’s role in the film?

A) Even though he did a special role, his character has equal scope on par with the hero. He will not be seen in the first half, but the entire film revolves around him.

Q) How is it working with Krishna Vamsi? (To Sundeep Kishan)

A) He is personally very friendly, but when it comes to the profession he is like a mentor. Young actors like us have got good opportunity to learn from him.

Q) What is that difference you noticed in you after working in Nakshatram?

A) More than an actor, I have noticed many changes as a human being. You will see a new Sundeep Kishan in this film.

Q) What can normal audiences expect from this film?

A) After watching the film, they will first talk about SDT’s role, later about Tanish’s acting and finally about me. The way our characters were designed by KV sir is just amazing.

Q) How did you feel about making a serious film with young actors? (To KV)

A) I believed that these actors are apt for my story. I totally went as per the script’s demand.

Q) Tell us about the entertainment elements in the film?

A) Apart from the story, the film has 6 songs and 14 to 15 heavy action episodes. The audience will be entertained by these elements.

Q) Why do you always pick risky subjects?

A) I don’t believe in the word risk. Some people like to make the films in a regular format, but I always wanted to say something new to the audience and I really don’t feel it is risky​.