Interview : Laksh Chadalavada – Audience will come out of theater with a satisfaction
Published on Jun 23, 2022 6:36 pm IST 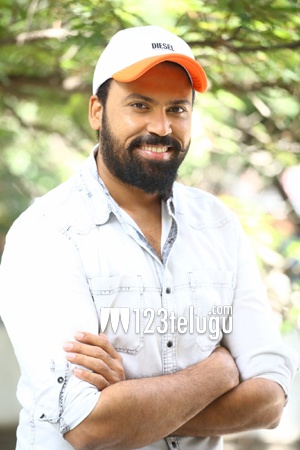 Laksh Chadalavada-starrer Gangster Gangaraju is up for a grand release in theaters tomorrow. On this occasion, we met up with the hero for a brief interview. Here is the transcript.

Tell us about Gangster Gangaraju?
After hearing the title, everyone thinks that Gangster Gangaraju is a pakka action film. It’s an out-and-out action entertainer and a commercial movie with comedy, sentiment and other emotions. The movie is set in an imaginary village called Devaralanka. Why the word ‘Gangster’ became a topic in that village and what happened next is the story you have to watch on big screens.

Tell us about your character?
My character is quite entertaining but I look raw and rugged in this movie. My director worked with Srinu Vaitla for many movies. In simple words, my character in this movie has shades close to Srinu Vaitla’s heroes and the villains also look fierce just like in Rajamouli movies.

Why is there so much gap after Valayam?
In my initial days, I acted in mass films. Eventually, I realised that content is the king and I thought to create my own identity. So, I accepted Valayam. Later, the pandemic changed everything. Now, I am coming with this commercial movie and I am sure that the audience will love it.

About the music director Sai Karthik?
We already know about him and his work. The second half is the strength of the movie and he has made it more interesting with his extraordinary background score. I can say that the bgm is the strength of the movie. From the interval bang, the story will change completely and the last 20 minutes are the highlight of the movie. I bet that a viewer will come out of the theater with satisfaction.

Can we expect a sequel to this movie?
The movie ends with a bang and if the audience will connect to the movie and especially the climax, you will think about making a sequel then. Everything depends on the audience’s response.

Future projects?
I have already started shooting for Dheera. It’s also an out-and-out commercial movie which has all emotions. I will look stylish in this movie. More details about my upcoming movie will be announced soon.