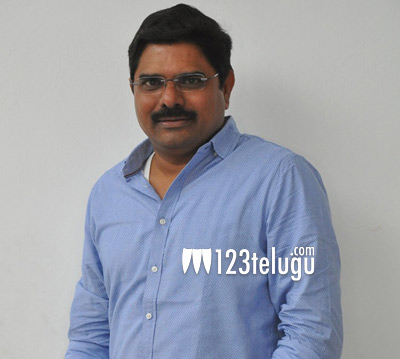 Madhura Sreedhar is one of the few passionate filmmakers in Tollywood. His latest film Fashion Designer S/O Ladies Tailor, directed by senior director Vamsi, is scheduled for June 2nd release. On this occasion, we had a small chitchat with Sreedhar. Here is the transcript:

Q) Why did you choose to do this film?

A) All my previous films were concept oriented, but this film is different. I have been planning to do a sequel to any film and finally, that happened with this film.

Q) Any particular reasons to make a sequel to the classic, Ladies Tailor?

A) I was planning to make a film in village backdrop and at the same time I was eagerly waiting to work with Vamsi. Luckily, we both joined hands and made this film.

Q) Tell us about Manisharma’s music?

A) We have seen Vamsi-Ilayaraja and Vamsi-Chakri’s combinations in the past. Now, the same magic will be repeated with Vamsi-Manisharma. He has given five melody songs and his re-recording has taken the film to next level. I’m really happy to be associated with him.

Q) Ladies Tailor is a classic, how far did you match up with the original?

A) To be frank, both the films have zero similarities. We can’t plan a classic, it should happen. Fashion Designer’s concept is different. The film is all about Sundaram’s son Gopalam and what he is doing right now.

Q) Did Sumanth Ashwin live up to Rajendra Prasad?

A) In reality, many sons will not be same as their fathers. Here too they do not have any similarities. But Sumanth really worked hard for this film and I’m happy with his performance.

Q) How is it working with Vamsi?

A) He is a different person. One should understand him and follow accordingly. I’m happy with his working style and the final output of the film.

Q) Tell us about hero’s character in the film?

A) In this film, the hero will have a Manmadha Rekha, which is a rare quality. People with this quality have an extra talent to impress ladies within no time. Apart from this, he also has a goal to come to the city and become a fashion designer.

Q) Did you face any problems from the censor board?

A) No. They haven’t given a single cut. Apart from two dialogues, there is no vulgarity in the film.

Q) Have you involved in the story and screenplay?

A) Hero having Manmadha Rekha is my idea. Initially, it was Tanikella Bharani’s story and we had planned to do it with Raj Tarun, but it didn’t work out then.