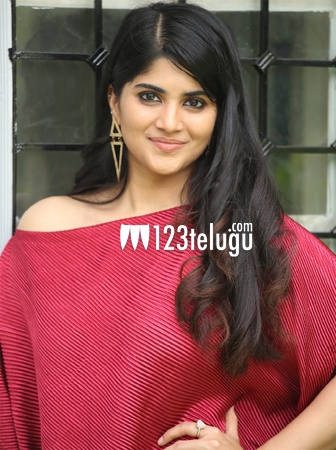 Sree Vishnu’s Raja Raja Chora is all set to release soon and the promotions have already begun. We caught up with the film’s heroine Megha Akash for a brief chat. Here is the transcript.

I got this offer during the first lockdown. This film is not a regular hero-heroine film. Every character is quite important and has a fun element to it. Also, the twist elements to it made me go for it right away.

I play a girl called Sanjana who is very real. It is different from what I have done before. But I tried to be really different in my role and appearance and I hope everyone would love me in the film.

For the first time, I met someone who is shier than me. I am a very shy person and he did not speak to me much. So, I took the effort and broke the ice. Vishnu is silent but when he opens up, he is very funny. He has a good role that is flawed in character and will impress one and all.

Why are you taking such long gaps in Telugu?

Yes, there is a gap but as I was not getting good offers, I was away. Now that I am growing up in the industry, I know how to approach people and select good scripts. In the days to come, you will see me in different characters in more Telugu films.

Hasith is a new director. How was it working with him?

The way he narrated the story, I never felt that he is a newcomer. He has done an amazing job and gave an edge to every character which has a fun side to it.

Finally, why should we watch Raja Raja Chora?

We are going through a pandemic and things are getting better with each passing day. The film will bring a smile on your face and will ease out the tension in you.