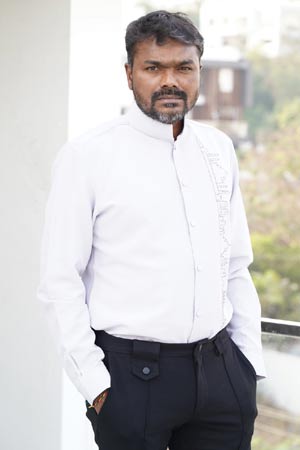 Akhanda is a huge hit and on this occasion, we caught up with producer Miryala Ravinder Reddy for a detailed interview. Here is the transcript.

Did you ever imagine such a huge success of Akhanda?

From day one, I was very sure that the film will be a big hit. Even Boyapati and Balakrishna did not speak much but I was confident. As I knew the script in and out, I was confident that the audience would surely make this film a big hit and make it a trendsetter.

What made you put such a huge budget into this film?

The combination of Boyapati and Balakrishna would never go wrong. I had this belief from day one and that is the reason, I put so much money into the film. in fact, the film went over budget as well. But still, I was confident that the film would recover its cost.

Has the film made profits in AP due to the ticket issue?

All those who have bought the film are in a safe zone as of now. In a few days, they will also see good profits.

Will there be a sequel for Akhanda?

I would love to make one but it depends on Boyapati Sreenu. As of now, many have approached me for the remake rights. Personally, I feel that a star like Ajay Devgan or Akshay Kumar will fit the role quite well.

What’s your take on the whole ticketing issue in AP?

Government is there for our help. The ticketing issue is a delicate matter and I cannot talk much. There are many who are suffering and I only hope that a team is formed and approaches the government to solve the issue

How did Balayya respond to the success?

Giving blockbusters is not new to Balayya Babu. But for me, it is new, and clearly remember the day Balayya Babu hugged me and told me that I had done a great job holding the film so long and making it a hit.

In March, I will start a new film with a young director and will introduce a new hero. As rumors suggest, I have no plans to make any web series as of now.